” I Didn’t Insult Bloggers, I Only Called Out Those Tarnishing The Image Of Real Bloggers” Ambe Explains.

Every week on www.237showbiz.com, we try as much as possible to host one or two artistes LIVE every Thursdays and Saturdays. This week’s Thursday we were delighted to witness the presence of one of Cameroon’s most talented artiste Ambe. Among other issues like talking about the anglophone crisis, his upcoming video for his latest single “La” which was directed by Adah Akenji and produced by Akwandor , his views about what people thought of his nude album cover art, the vitesse crooner decided to use this opportunity to clear out the air about his posts concerning bloggers.

The issue between the singer and bloggers was one of the most asked questions by the viewers, fans and bloggers who answered present for the Facebook Live session. Ambe made it clear that his posts which dates back in April 2018 wasn’t addressed to bloggers. Rather, it was addressed to trolls and social media (Keyboard warriors) bullies who use the job blogging to carry out offensive actions towards artistes. Disrespecting them and their art, and at the same time not being professional even when they try to do it right. Below is a screenshot of the post. 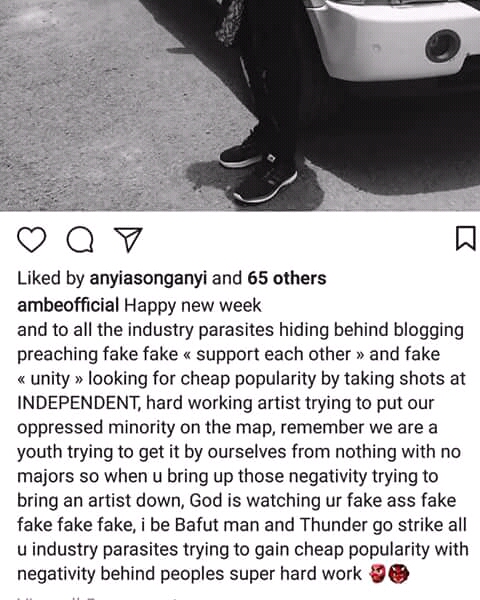 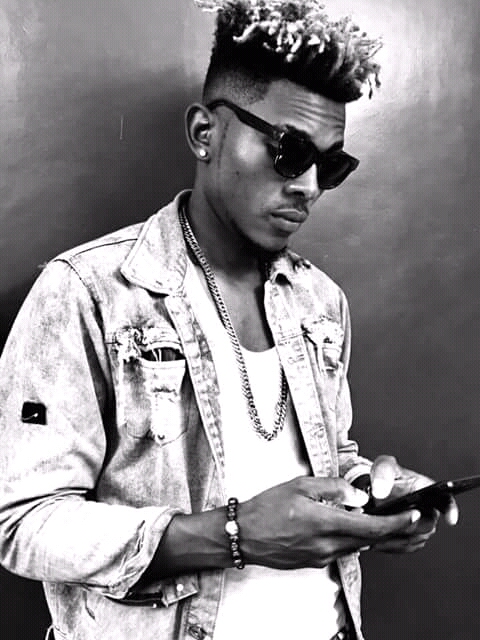 Talking about collaborations, the Better Boyfriend crooner made it clear that collabos with him aren’t fueled by money. If your song is good and has that catchy feeling, he will be delighted to jump and drop a verse on it!

Also, Ambe talked about why his lyrics took turn from more English to French. The Rendez Vous crooner explained to the fans and viewers present that his fan base has grow bigger and wider internationally. In order to reach out to a greater population through music, he had to Frenchify the lyrics to his song.

In conclusion, there are few things we might take sides with Ambe when it comes to some so called “bloggers” being unprofessional and go as far as creating fake accounts to attack other users and mostly public figures online. Others mismanage funds given to them by artiste and such acts breaks the trust and confidence people have for bloggers in general and consequently, the real and hardworking bloggers get to suffer.

Drop your thoughts in the comments. Let us know what you think.