Is Askia’s Self-Healing Journey Pitching Her As The Best Contender For The Cameroonian Female Rap Throne?

A lot of speculation has been made about who is or will sit on the Cameroonian female rap throne and while some have been asking more from our female rappers, others have even been wondering if there exists any “throne” for Cameroonian female rappers at all. But in all these all fingers seem to pint in the directions of Askia and Tilla Tafari as the prospective contenders for the throne. Last time we did an analyses putting the pros and cons of what a collaboration between both artistes will bring forth and what impact it can have on their individual careers and in the Cameroonian music industry as a whole, and everything seemed to point in favour of a collaboration between both artistes, especially as #SupportYourOwn has been trending and a lot of people see it as the only shot Cameroon has at achieving that takeover dream someone mentioned at the beginning of this year. Well, recently more persons seem to see the traits of a queen more in Askia as her art and career seems to have taken a whole new turn. After releasing “Let’s Talk” which added her voice to those of other artistes who had risen up to decry the situation in Cameroon’s two English-speaking regions, she dropped “Mami Bakala” which has done a lot to put her back at the center of discussions concerning hip-hop in Cameroon. As if the aforementioned points raised were not enough, she took to her social media profiles to thank her former label Alpha Better, in an emotional post she thanked everyone at Alpha Better saying and I quote “Sometimes a stubborn kid can only learn the hard way” this post seems to confirm rumours of her being kicked out of the record label due to her misconduct. Meanwhile Alpha Better records hasn’t yet made any official statement about the affair but this post thus confirms what a lot of people suspected and it also depicts a humility trait and the ability to own errors which is essential in anybody who wants to lead or sit on any throne or simply make life and career better. We also saw a post by Tilla recently saying Askia called her to end all animosity and make peace and from the post she seems to have yielded to that request.

Askia seems to be going through a self-healing process and this comes as great news to her fans as a mind at peace will certainly make good music. And now a lot of people wonder if this self-healing journey Askia has embarked on which is giving her a lot of attention will be the turning point in her career and will she use it as leverage to finally claim the throne which has more than once been attributed to her, or will she let the vibe die and keep the public in perpetual speculation as to who that crown belongs to? 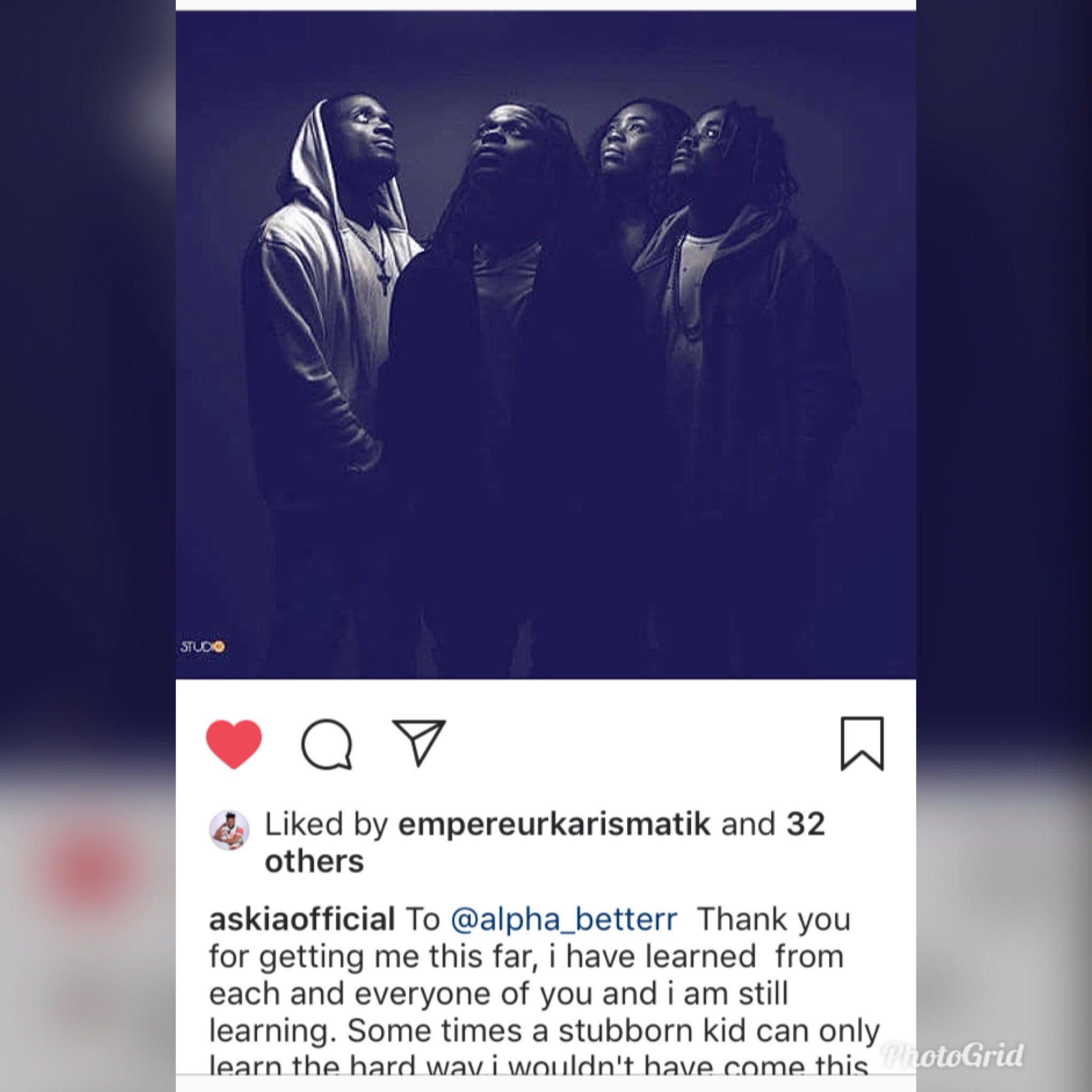