You Have 24Hrs To Apologize To Me Or Else You Wouldn’t Like The Way We Shall Live In This Country” Jovi Warns Maahlox!

Cameroonian hip hip guru Jovi alias Le Monstre has reacted to his fellow colleague Maahlox claims of being paid 20.000.000 XAF for his “Show By Orange” performance scheduled to take place a few days from now. If you are lost, we shall take you aback when Maahlox reacted to the Johnnie Walker booking fees for Jovi of 2.000.000 XAF per show stating that it was a disgrace and Cameroonians shouldn’t be treated that way. Jovi reacted by saying he wasn’t paid 2.000.000 XAF and added that “People” (Artistes) should stay out of his business!

The rapper took to his Facebook earlier this morning to say he cannot disagree or argue with Maahlox that he was paid 20.000.000XAF and therefore sees no reason why Maahlox should argue with him when he says he wasn’t paid 2.000.000XAF per show for the Johnnie Walker Concert. Jovi has given Maahlox 24H to render a public apology or else he will not like the way they will be living in this “Country” or industry. We all know how Jovi can take people who disrespect him! 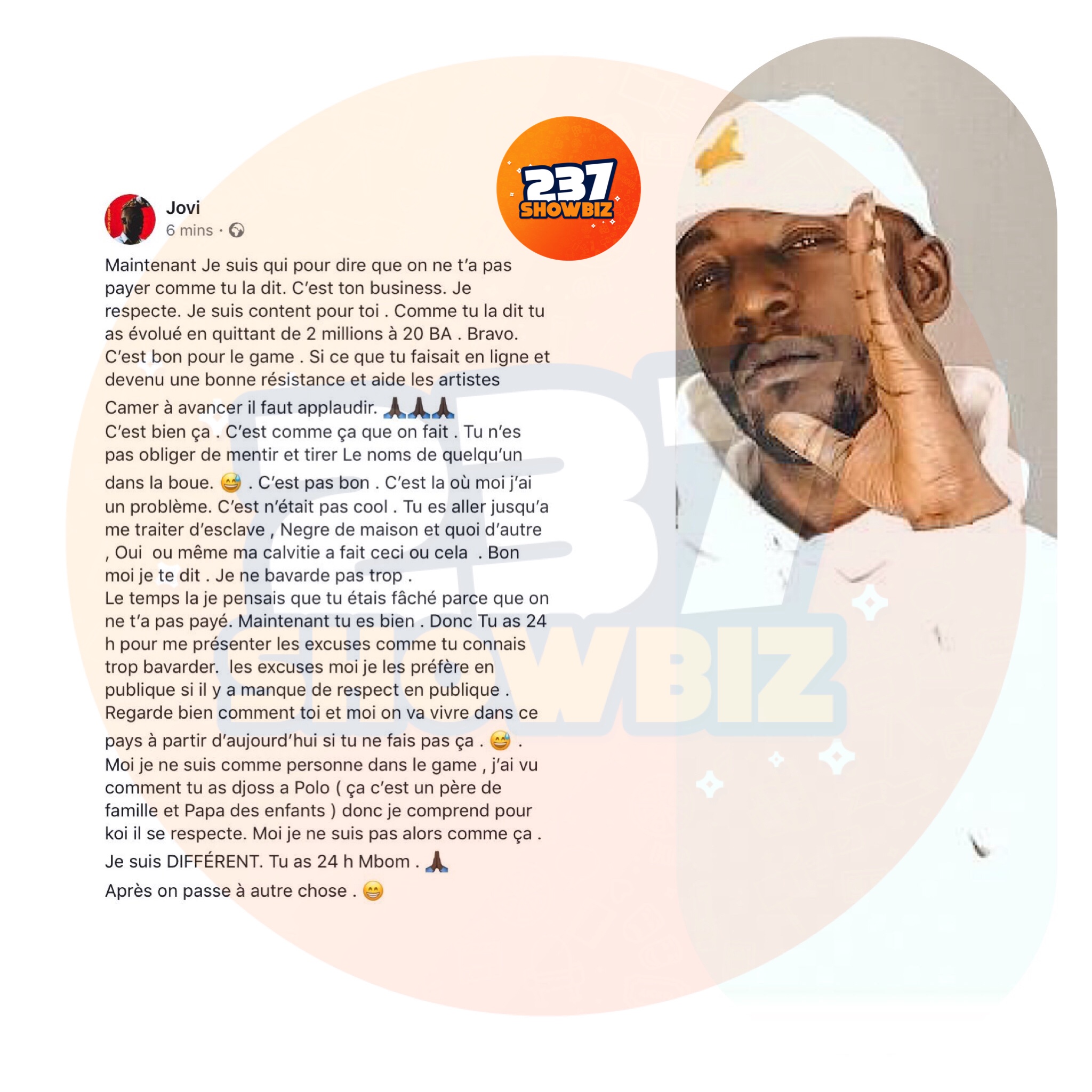 The rapper didn’t end there, he also sent warnings to Maahlox Levibeur’s Manager Patou Ebonge in a subsequent post. see post below; 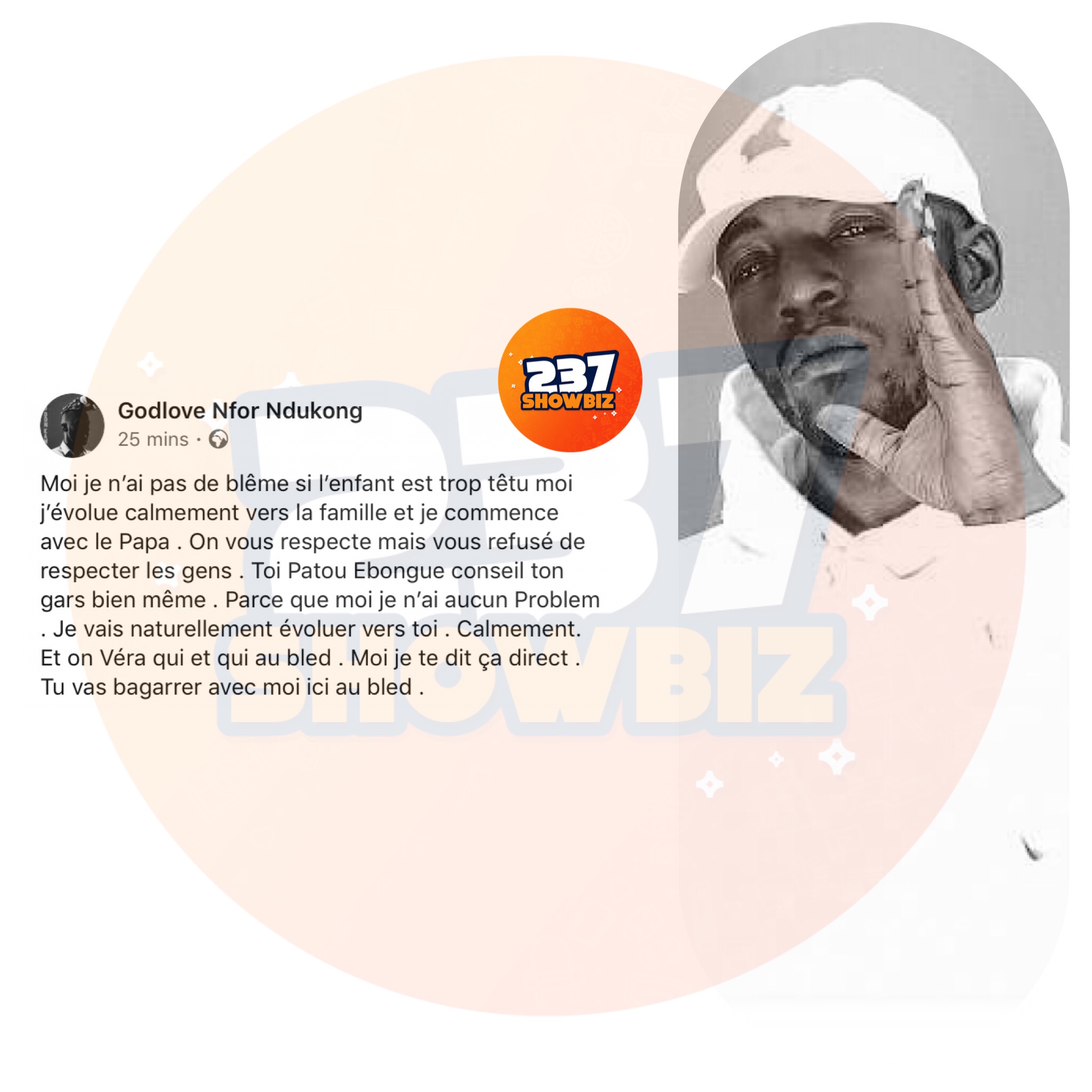 Leave us your thoughts about this! Should Maahlox apologize ?