Less than a week ago, the French artiste Dadju, had his first ever concert in Cameroon. In a highly anticipated concert which held on 28th July 2018 at the Yaounde Multi­-purpose sports complex, the artiste had the opportunity to relate with his fans and the organization of the events had home artistes such as Ko-C, Mimie and others perform ahead of him. The event seemed to be a great success as there was great euphoria witnessed among fans, especially the female ones. But Pit Baccardi’s Empire Company who was in charge of the production of the concert thinks otherwise. A few days ago Empire Company put out a press release aimed at informing the general public of the misbehavior of the organizers of this concert who contracted them to produce it. Empire Company decries the withholding of 23,000,000FCFA by Learn Life Events which they incurred at the level of covering various expenses related to the arrival and stay of the French artiste in Cameroon, expenditures which the organizers of the concert claimed they were unable to cover and thus through the Director of Learn Life Events Joel Temgoua a document permitting Empire Company to cover these expenses was signed. Empire Company goes ahead to accuse Learn Life Events of not respecting various norms pertaining to the security of fans in their sale of tickets for this concert. Empire Company also apologized to all fans who had paid for an after party with the artiste given that the after party did not hold and also promised that measures were being taken to assure total reimbursement of disappointed fans, they ended by recognizing and promising to take full responsibility for any mishaps that occurred during the concert especially at any level that they intervened and calling on Learn Life Events to do same, meanwhile  Empire Company is taking Learn Life Events to court on charges of breach of trust and fraud. As at now, Learn Life Events does not seem to have responded to these accusations, and now fans are beginning to wonder if this situation will not create some skepticism among foreign artistes who might ever want to come to Cameroon for shows and events. Read press release below and drop your thoughts in the comment section. 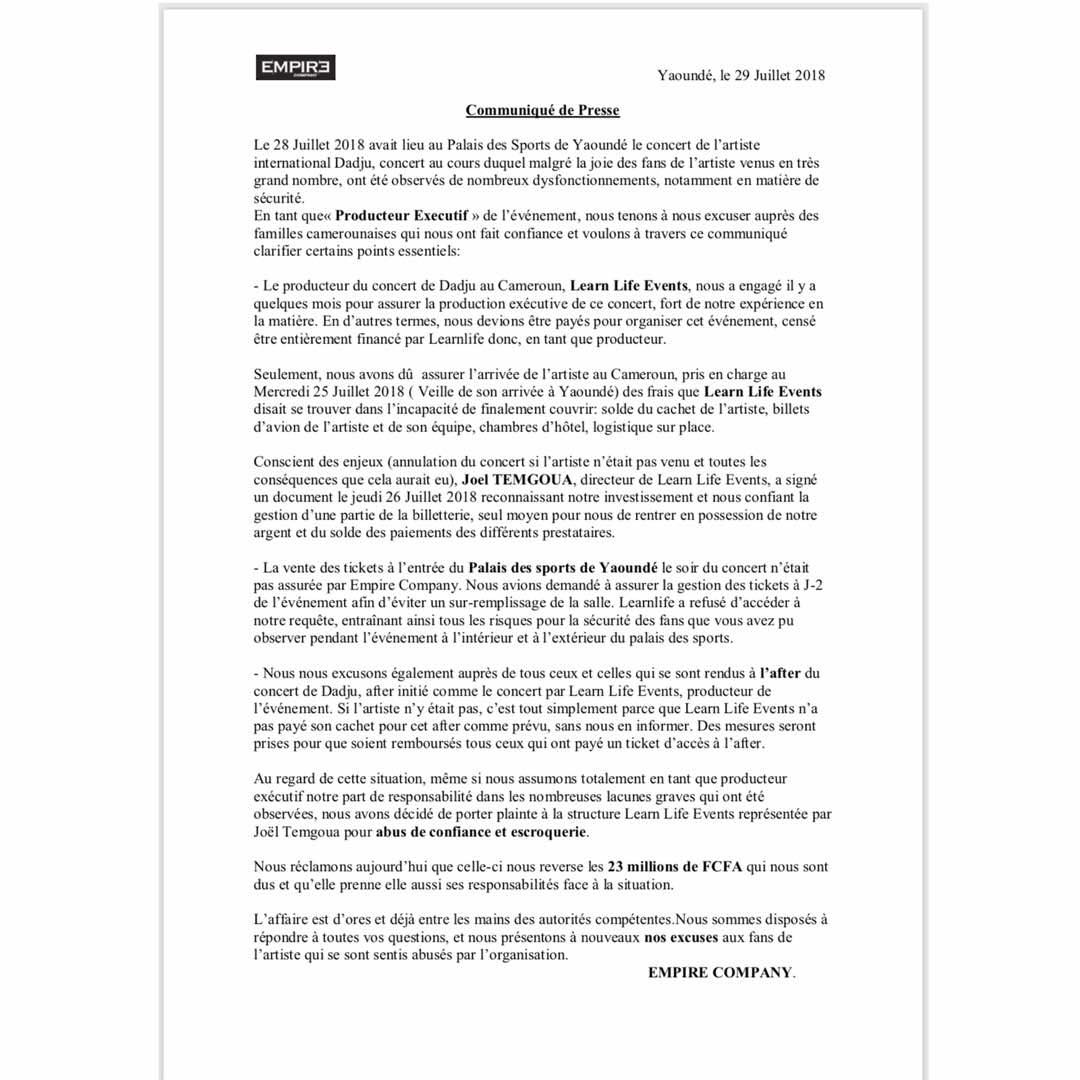