Stanley Vs Enow comes 6 years later after his debut album Soldier Like My Papa. Which broke boundaries and make a land mark. 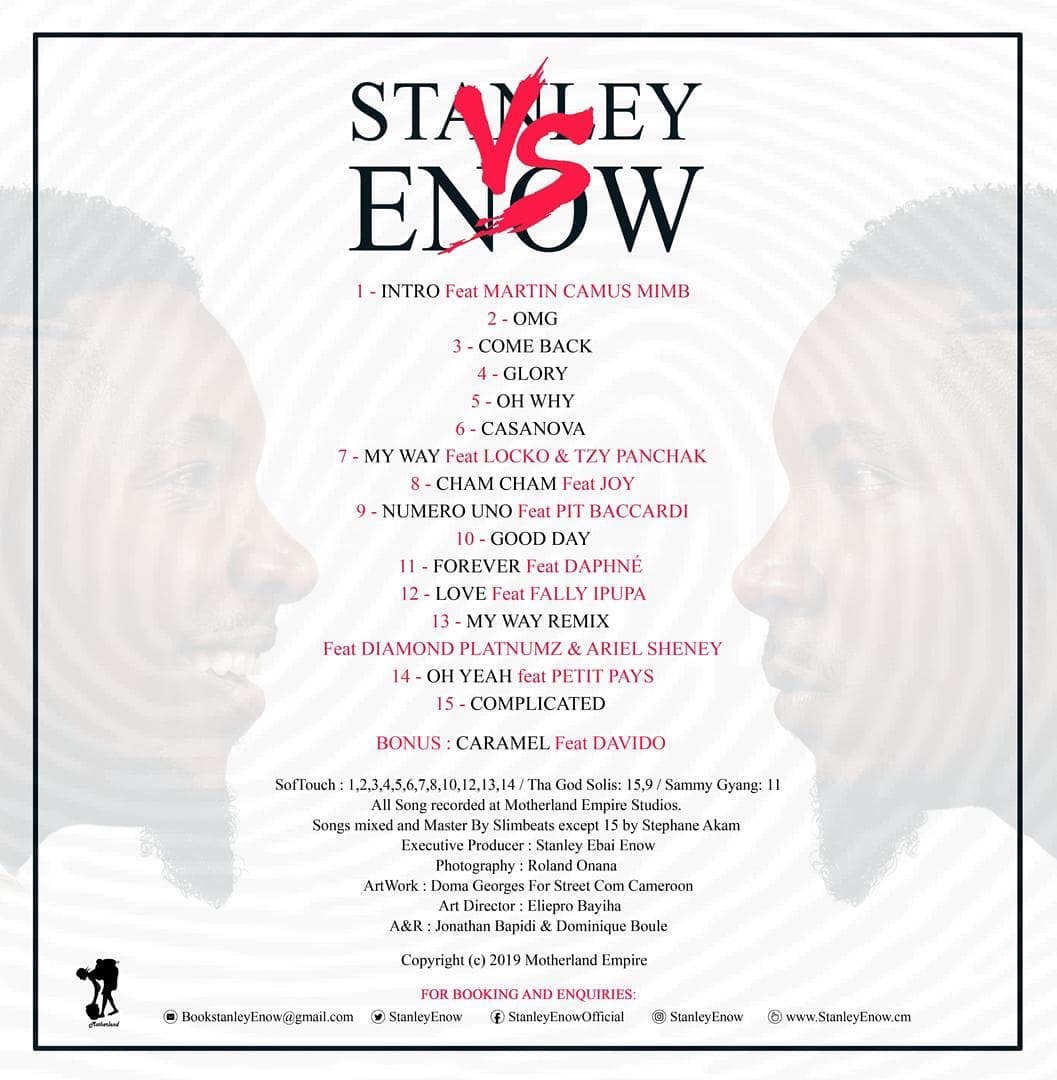 The Motherland Empire frontline artiste pits a price tag of 1.499 FCFA for local sales via Mobile Money and Orange Money