Pit Bacardi is a Veteran French/Cameroonian Rapper who had so much influence on the growth of French Hip Hop and Later returned to Cameroon and is currently The CEO of Empire Company and Director General of Universal Music Africa with its headquarters being in Cote Ivoire. 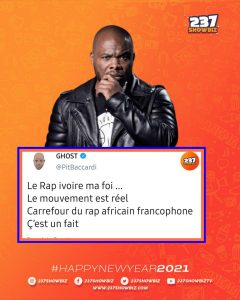 Pit Baccardi came on social media a few days ago to Express his thoughts about Francophone rap as he said on twitter that “Ivorian Rap is the of Francophone rap in Africa” .However,  This tweet of admiration didn’t go down well with Cameroonian Rap Fans as most people felt bad disappointed for this statement to be coming from him although it was true, They felt like he was the one to use his influence to make Cameroon Rap bigger than any other one in Francophone Africa as he could have promoted the Hiphop Culture by pushing numerous rappers as no one in Cameroon has benefited from his positions as Universal Music Director General In Ivory Coast . 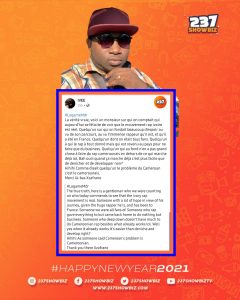 What are your overall thoughts about this situation?? Feel free to drop your opinion about this below: