” Cameroon Is Not South Africa. Too Many Cowards! ” Richard Bona Cries!

Too many times we have questioned the role of Cameroonian artistes and entertainers in the Cameroonian society and wondered if their voice or voices could make any impact in resolving the crisis facing the English speaking parts of the nation. Well, we haven’t been the only ones wondering!

A South African recently expressed his mind on Twitter on what he thinks Cameroon artistes should do to denounce the difficulties of the nation. He quoted the contributions Myriam Makeba and Masekela made in denouncing the apartheid regime in South Africa and so he thinks Cameroonian artistes should be able to do more in the light of tackling societal problems in Cameroon. 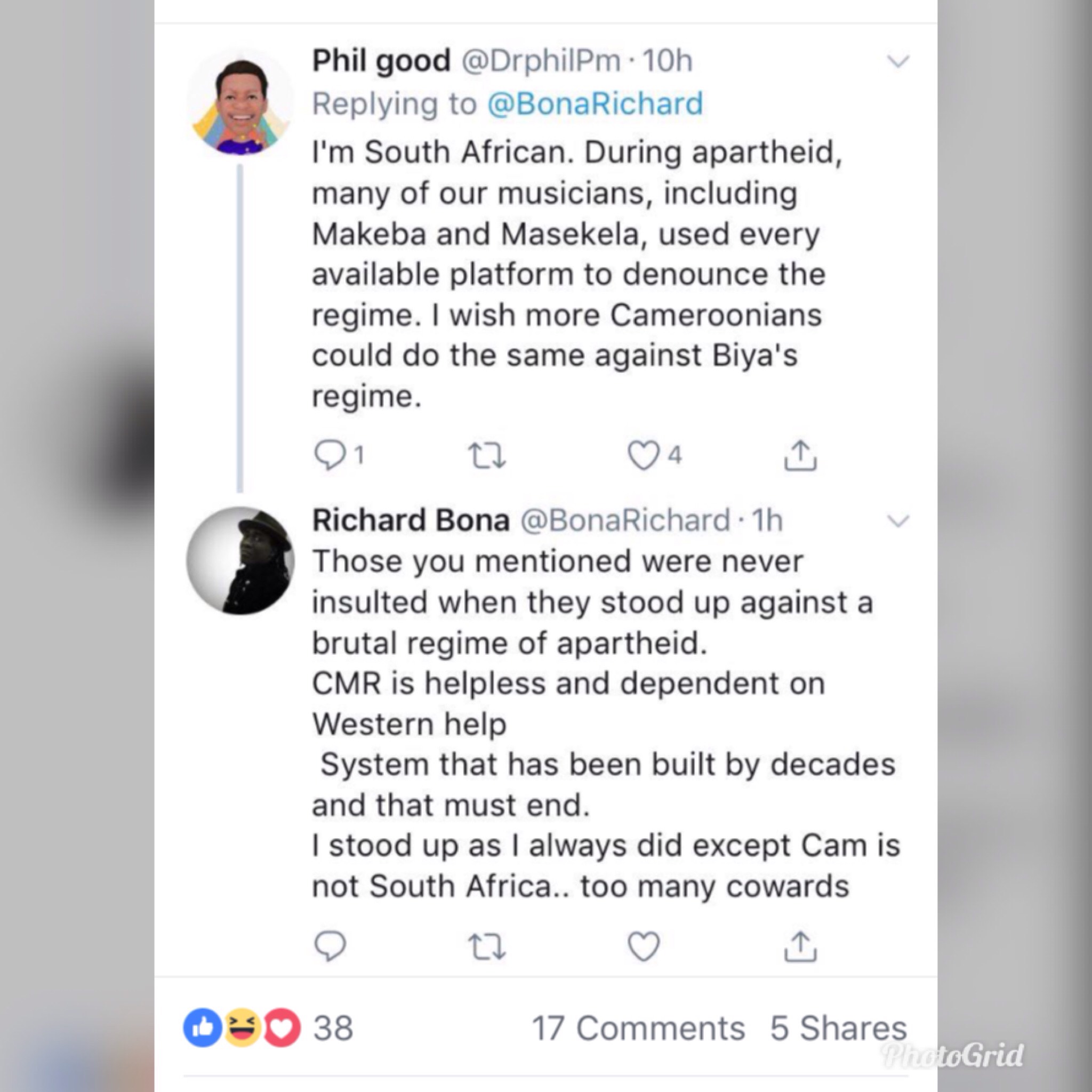 We cannot totally ignore the contributions of some artistes who have sang songs to raise consciousness about the country’s situation but given that even outsiders have began to question their contributions it might be a subtle indication that they are not doing enough. But this man’s worries did not remain unanswered as Richard Bona answered him directly.

In Richard Bona’s answer he precised that the artistes in South Africa were not insulted for standing up against the regime but yet that is not the case in Cameroon, he also mentioned that he has stood up but Cameroon is helpless and dependent on Western help and there are many cowards here.

We do understand that Richard Bona is a long time critic of the way things are done in Cameroon and as such his words surprises nobody. Yet we are left to wonder whether in using the word “coward” he was referring to government officials who haven’t succeeded in resolving the crisis that face the nation or the artistes who haven’t done enough to raise consciousness about the problems.

What do you think about his statement? Is it the plain truth or is his statement out of place. Feel free to drop your thoughts on this in the comment section.