A Few days ago, Blue Nation Singer Tzy Panchak was accused of allegedly forging the signature of the SED and Faking a convocation after a financial misunderstanding with an event organizer

The Blue Nation singer said he was contacted by Jones (The Event Organizer ) and they verbally agreed he will perform at his wedding at the price of 1.2 million francs with 800k Advanced before the event. 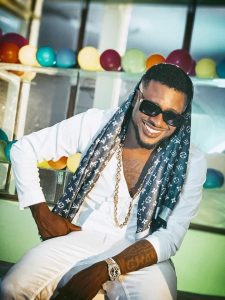 According to Tzy Panchak , He performed 4 songs and waited and given the fact that Kameni wasn’t well, they had to depart earlier than expected .Added to that , they had another show in Buea to attend. He says that they didn’t perform more songs because a wedding is different from a concert and at a wedding , it’s to entertain the public for a short amount of time and leaving the stage for other events like Item 11,traditional dances etc.

When Tzy’s Manager asked for the balance of the agreed fee later ,Jones later on disrespectfully complained about Tzy and Kameni not spending up to 5 minutes and how Tzy Panchak is the one owing him money instead . This was done in 1 voice note sent to Tzy Panchak

Tzy Panchak found it disrespectful and abusive because he didnt expect such from someone he treated as family because the agreement wasn’t signed and was more of a verbal agreement .

According to Tzy Panchak , he couldn’t tolerate such disrespectful comments from Jones and so sent him a convocation .

He said if he needed to do a convocation, he won’t forge it but will instead make a few phone calls to Top ranked Police Personnels

Tzy Panchak also spoke about his upcoming concert in Dubai with CLEO GRAE , Vivid Smith and Kameni and told his fans not to miss this .

The singer took some time and spoke about the fact that negativity spreads more than positivity and how artists always have to defend themselves on numerous negative issues .

Overall,This Live Session was aimed at clearing the air about the numerous accusations made towards him

Did he do this successfully?
Are there still unanswered questions

We leave it to you in the comment section below