Fifty percent job done, fifty percent to go! The Johnnie Walker Music concert which happens to be one of the most anticipated events in the past few months of 2019 has come and is about going until the final show scheduled to take place in the multipurpose sports complex in Yaounde on the 20th of April 2019. The build up to this event from the promotion to the thorough search of tickets and getting to the Douala venue as in the entire experience most especially for fans who were new in the economic capital is something to write home about for most cases. We appreciate the efforts of Johnnie Walker for bringing such a brilliant method of selling tickets while promoting their brand. Not only were measures put in place for these tickets to be easily purchased but the show in general was brilliantly organized! Kudos to the Johnnie Walker brand! 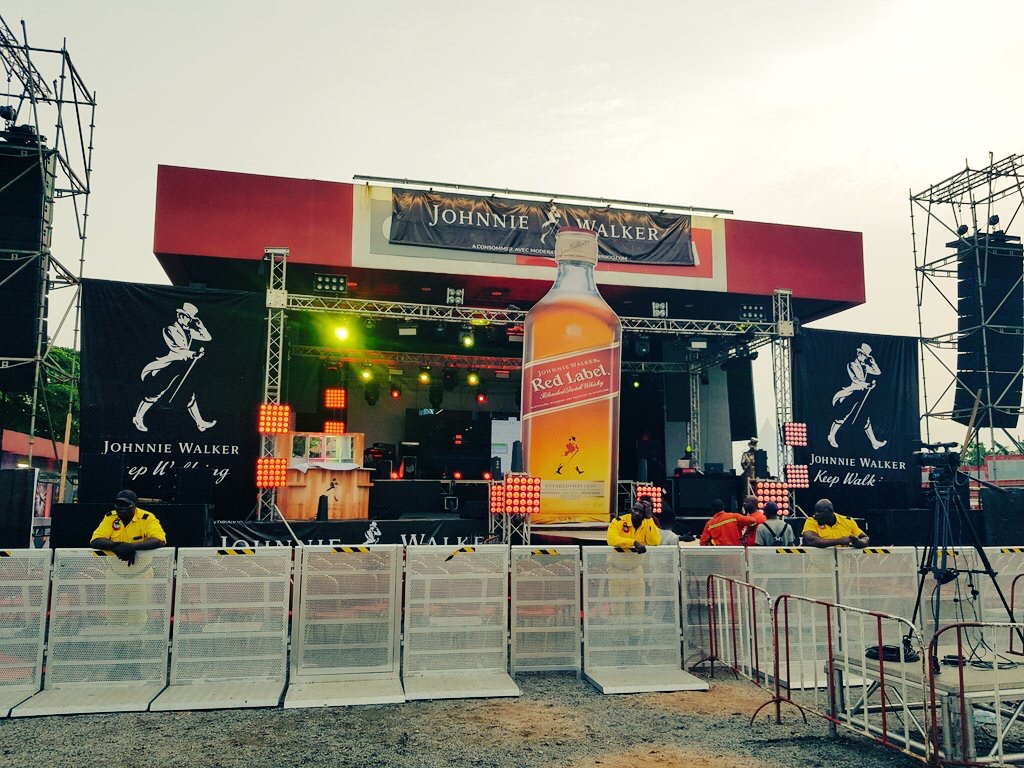 Our platfrom has been promoting the Johnnie Walker Music Concert months before the deal day, we promised our followers that we were going to stream the concert LIVE on our Facebook page which we did for 3hrs and 30minutes without a single interruption. We followed every performance and we decided to drop a review of each and every artistes starting with Stevens Music singer SHURA. 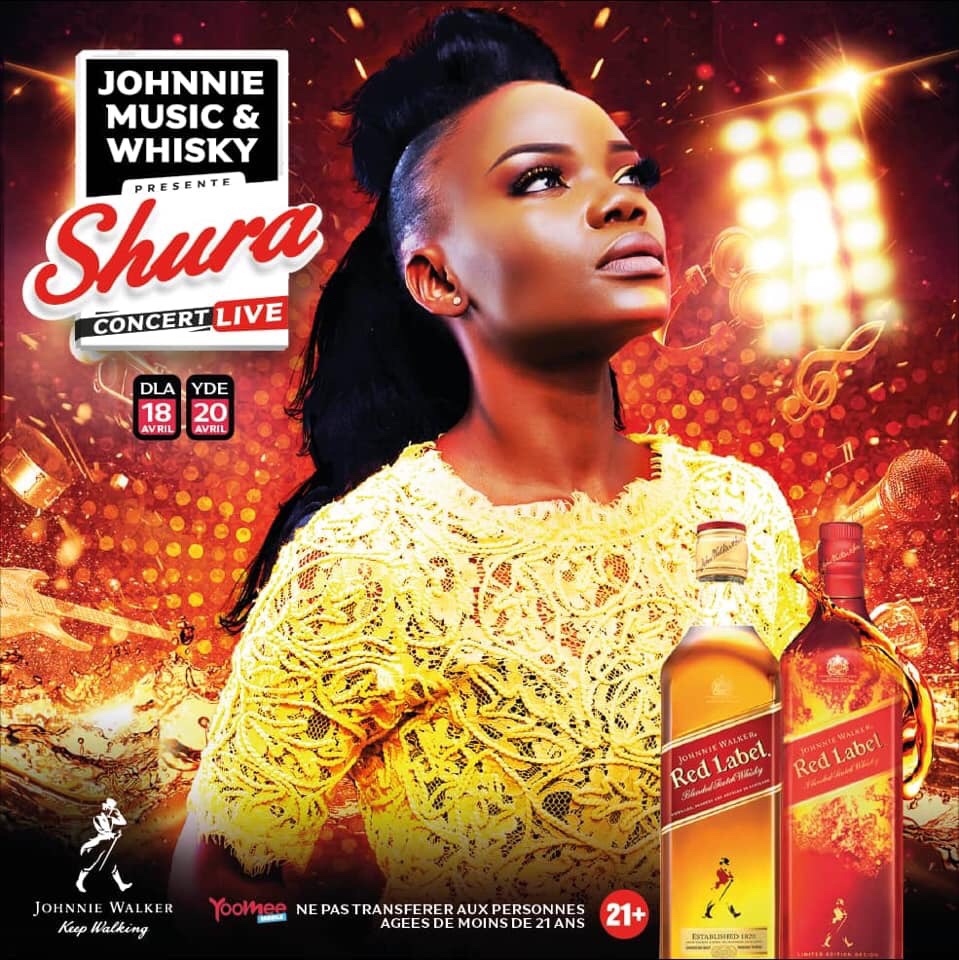 The Cameroonian singer stepped on stage in a sexy outfit which revealed almost everything and anything. Her performance in songs written in her mother tongue were OK! The crowd was thrilled with dance steps from her energetic dancers and by the time she started getting to her hit songs “Dis Moi Tout and Allez Dire” the “hit” messages were being sent and the crowd replied with a positive feedback! As the only female in the line up amongst 4 great African entertainers, Shura was bold and maintained her composure on stage through out the whole show! Filled with so much smiles, even if you were just seeing her for the first time, you could feel her confidence miles away. She did her best, we cant wait to see what the Yaounde feeling will be like come 20th! If i was to grade her performance I’ll give her a 6/10

Coming up next after the Allez Dire crooner is Ach4Life rapper and singer Mink’s. The rapper thrilled the crowd from start to finish with “Le Gars La Est Laid and Couper L’appétit. Mink’s had control over the band and the crowd at the same time. He was exceptional and his performance was one to watch and watch again. He always remembered to keep the crowd in the same hyped mood each and after every song. If I should grade Mink’s performance, I’ll score him 8.5/10 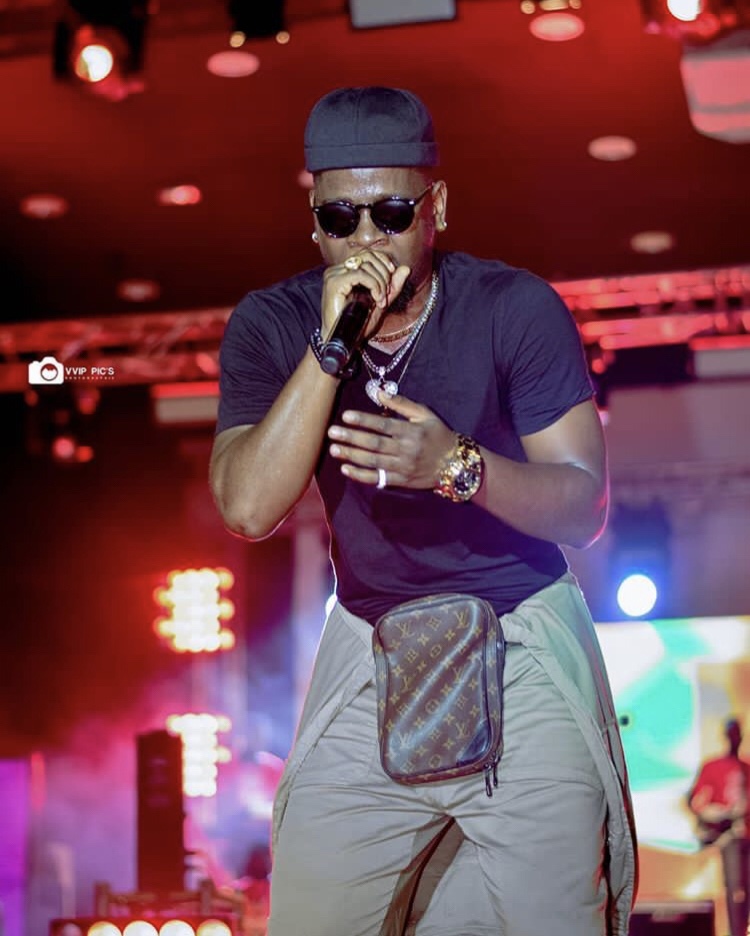 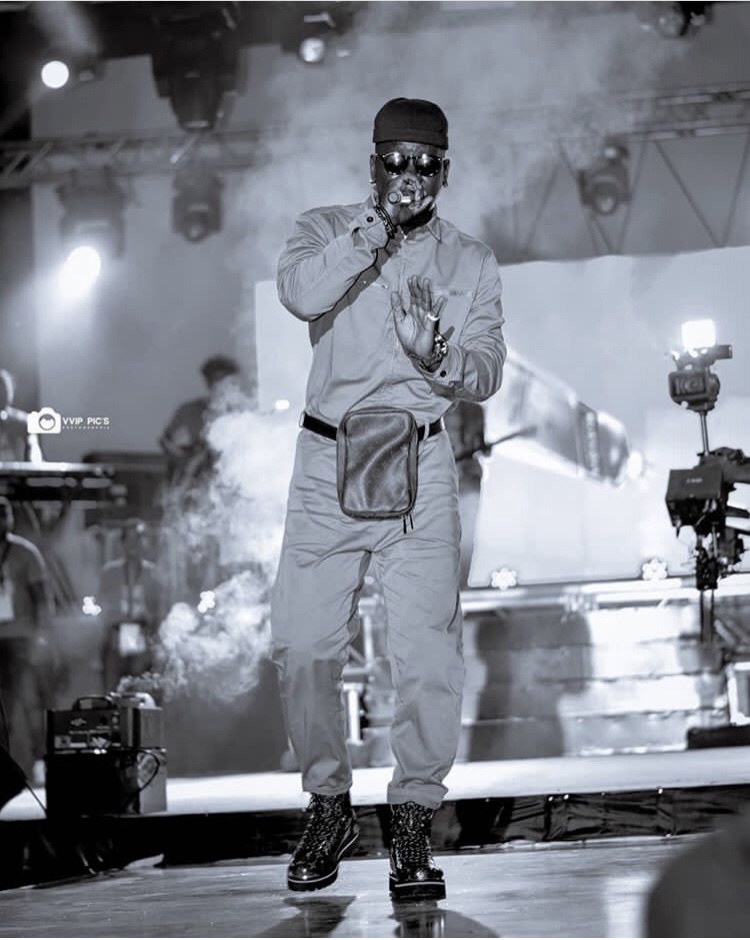 From Shura to Mink’s to Ko-C this was the exact line up. The BigDreams and Cameroon’s fastest rapper stepped on stage with an intro of his latest single featuring Fanicko titled Sango. Rapping and singing with a live band, he later switches to “Do Like I Do” featuring DJ Zoumanto and Mimie, Bollo C’est Bollo and Balancé. Ko-C’s overall performance was applaudable given the fact that he had most of Cameroon’s most recent hit songs and seeing him perform them live and rapping was a great feeling. Ill rate his performance 6/10 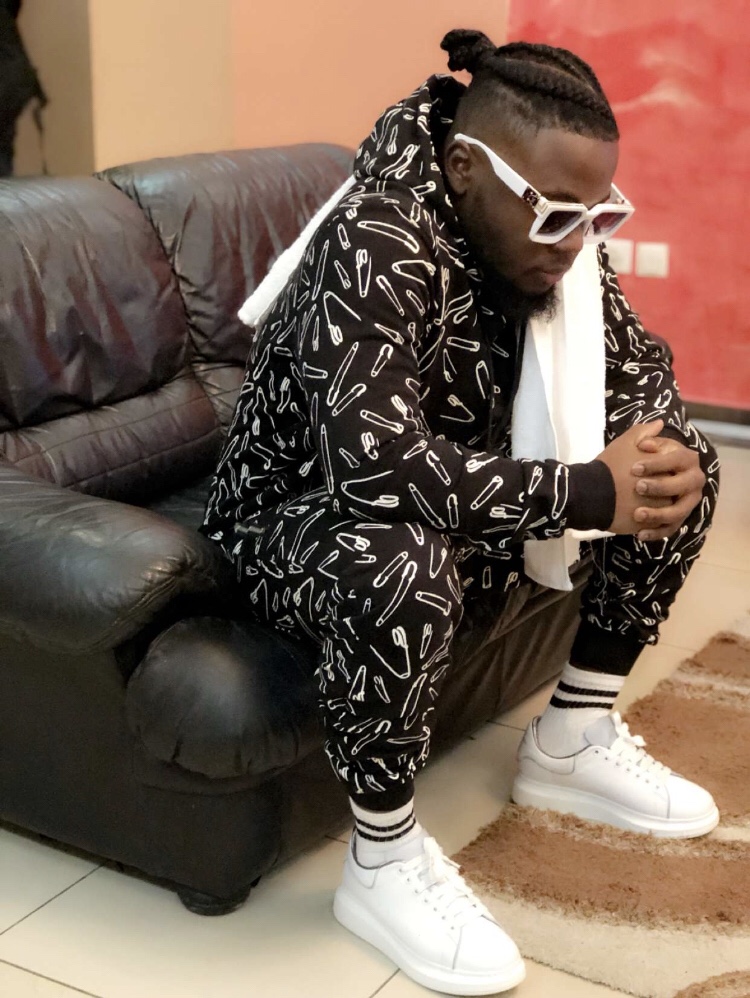 From all indications, the above mentioned acts happen to be supporting acts of the entire concert, reason being that they had almost the same time allocations and stepped on stage earlier than both Jovi and Tekno who were the main acts for the night. Even their positions on the posters tell you a greater story. After the performances of Ko-C, DJ Cyrus Black was called upon to warm up the stage for the first main artistes of the night, after scratching and mixing his discs for over 20 minutes, I could see and listen people complaining both at the venue and the comment section of the live stream about why the DJ is playing foreign songs (Nigeria most especially) in a concert in Cameroonian dominated by Cameroonian artistes. Few minutes later, the stage was all set for Jovi to step on. 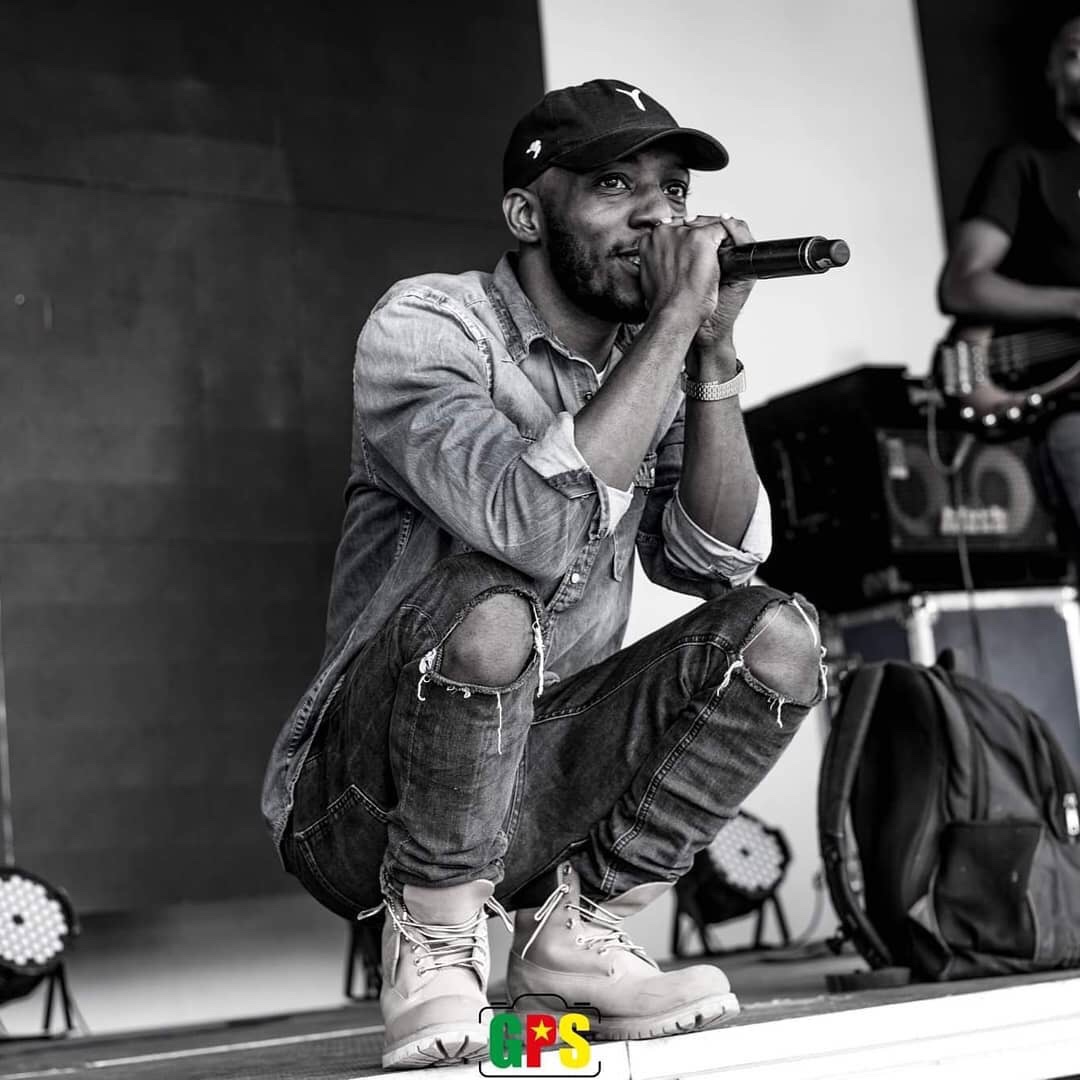 Jovi’s intro got everyone up on their feet and their phones set to recording. I could notice the screams from the very first glance and when he stepped on stage. We are talking about that feeling of a fan who is seeing their favorite artiste for the very first time on stage. The love and reactions were priceless. The New Bell Music boss had an impeccable intro with some strange looking guys dressed in black garments holding flames, before we could all settle down, he stroke the first lines of his Man Pass Man 4 track and the crowd went crazy! At the beginning it was really good, Jovi’s energy on stage was super! He got the crowd singing songs like Zélé, Et P8 Koi, Bastard and Cash. The crowd was super hyped he had to repeat some of the songs. It was a great feeling and many applauded his efforts. We’re talking about someone who lastly stepped on stage way back in 2016 at the French Kind and New Bell Music concert at Club Camtel Draggages Yaounde. 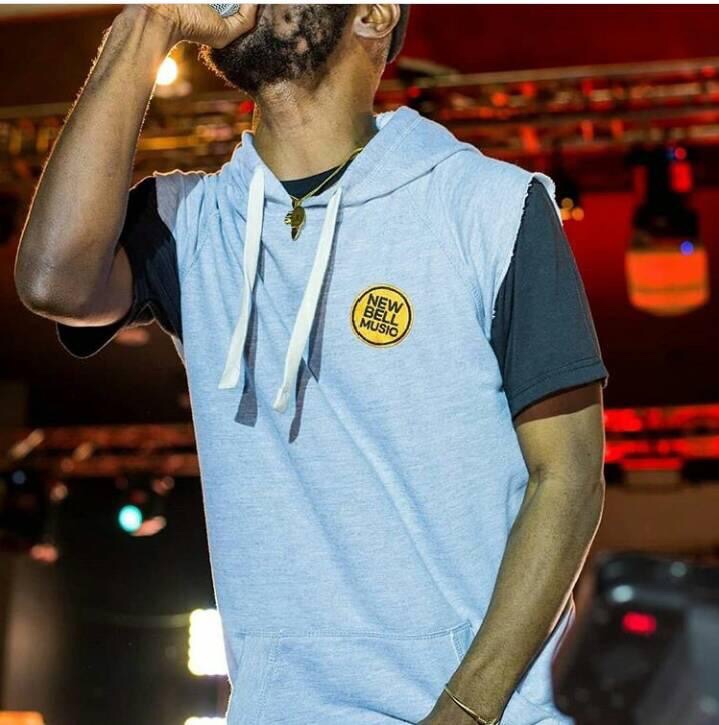 However, when you are paid to deliver, you have to do it exceptionally well given that you are an entertainer. If you ask me to grade the rapper’s performance in Douala, I’ll give him a 5/10. Why am I grading Jovi with a 5 on 10? Simply because I personally expected him to deliver and deliver 100%. As one of the concerts biggest names and the catalog of music in his possession! He should maintain the same energy from the start to the end.

Firstly, I felt like he was lost for choice given the fact that he has a very huge discography, his choice of songs and the manner in which it was programmed wasn’t the very best. He constantly switched and mixed raps songs that carried and got the crowd chanting to slow songs like off his 16 Wives album which suddenly brought down the heat. At some point in time, the rapper was also missing his lines and wordings to his songs. While some blamed it on him being in a tensed mood, others said it’s because the DJ’s constant scratching and the fact that he didnt have back up were some of the things responsible for the errors of his performance at some point. I for one do not know how to step on stage and perform, but I have an idea on how a rapper should be the commander of the stage, lead the DJ and gain total control of the crowd. Always remembering to get them all hyped and respond when you give the mic. So much was expected from the Mboko God and he delivered in the best way that he could. So many songs that could have kept his energy from beginning to the end were left out, Ndole, Pimentcam, Tchak, Achombo House, just to name a few. It will be a great show for the rapper later today if he reviews his songs for tonight and doesn’t forget to maintain the same energy from the beginning to the end of the show! There are so many songs he could do that with.

Finally, Slim Daddy, Tekno, although he isn’t Cameroonian, he is a brother and just like Jovi asked the crowd to be hospitable and recieve him well when he comes on stage, so was it. Tekno stepped on stage with two back up singers, he got the people actually dancing and cheering, believe it or not, a greater proportion of the crowd were actually waiting to see Tekno as well. 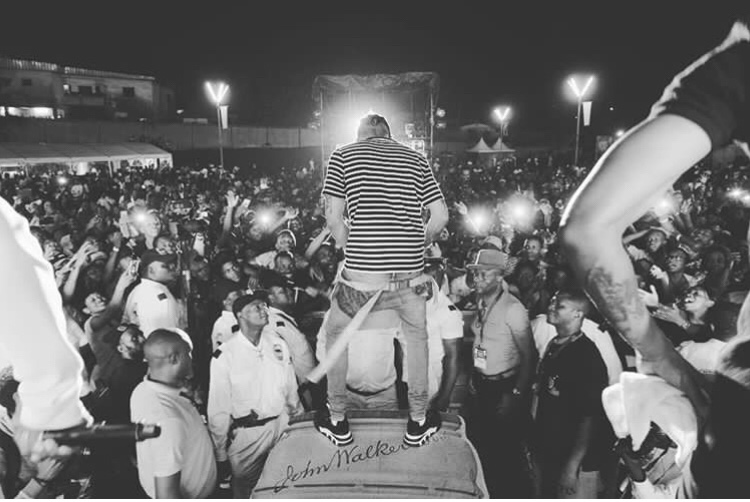 Even with his present health situation, he still delivered and every beat that dropped got the people screaming. Should I grade Tekno ? Well it will be unfair not to. 8/10 is what I’ll give the Slim Daddy. Atleast for someone performing and throwing away 100 dollar notes, its enough gesture to keep the crowd hyped throughout the night!  

Notwithstanding, our organizers need to believe in our home base artistes, they need to understand that our own artistes are capable of pulling the crowds from every part of the country. This will actually boost up their value and give them more respect. I can’t end this review without giving Johnnie Walker Music Concert Organizers a very mighty CONGRATULATIONS on the level of security which they put in place from the gates to the venue itself. Several checks and the fact that they strictly maintained the 21+ age restrictions.

Although some viewers on the live stream complained about the sound system, I wish they were on ground to see the kind of equipment that was put in place. 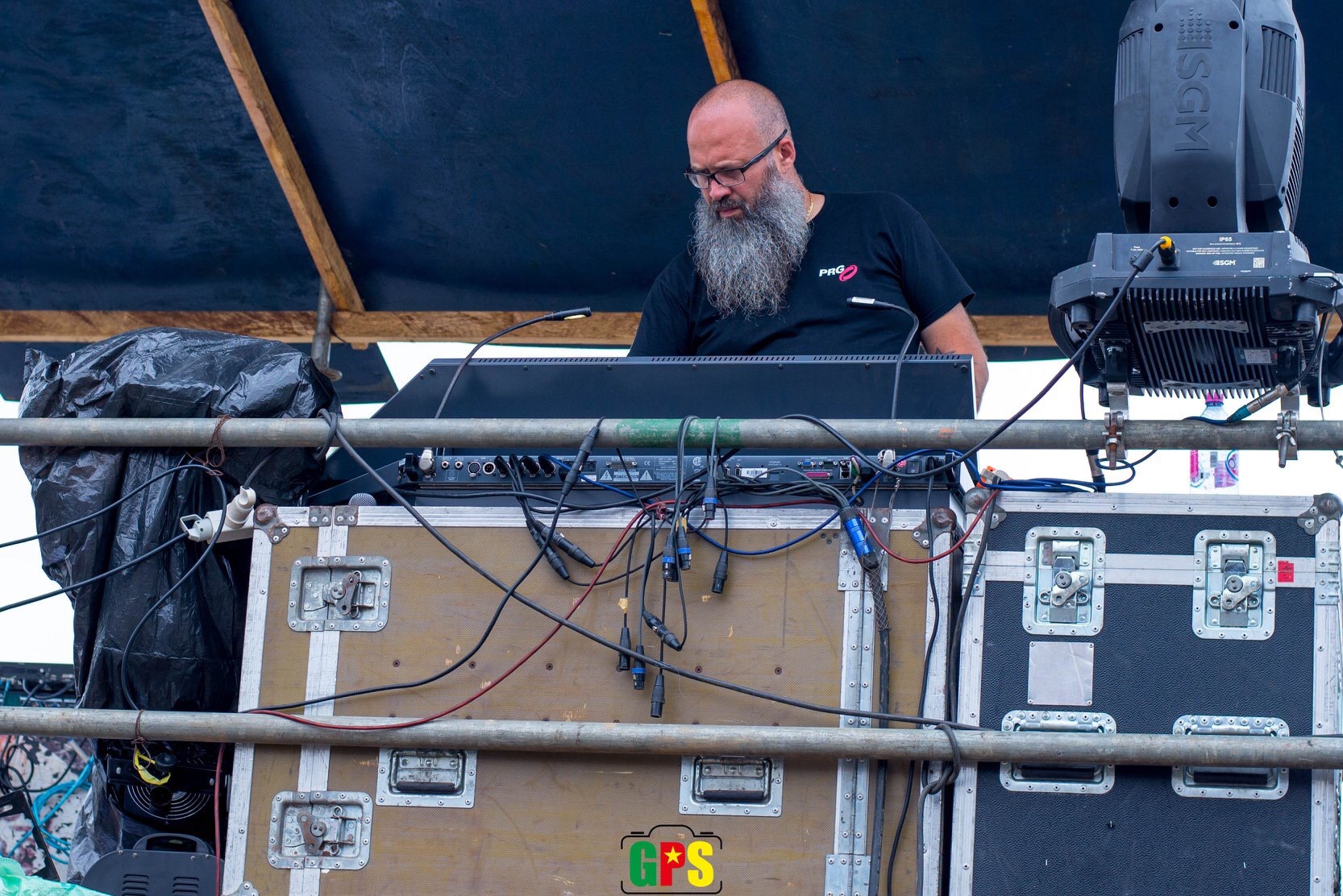 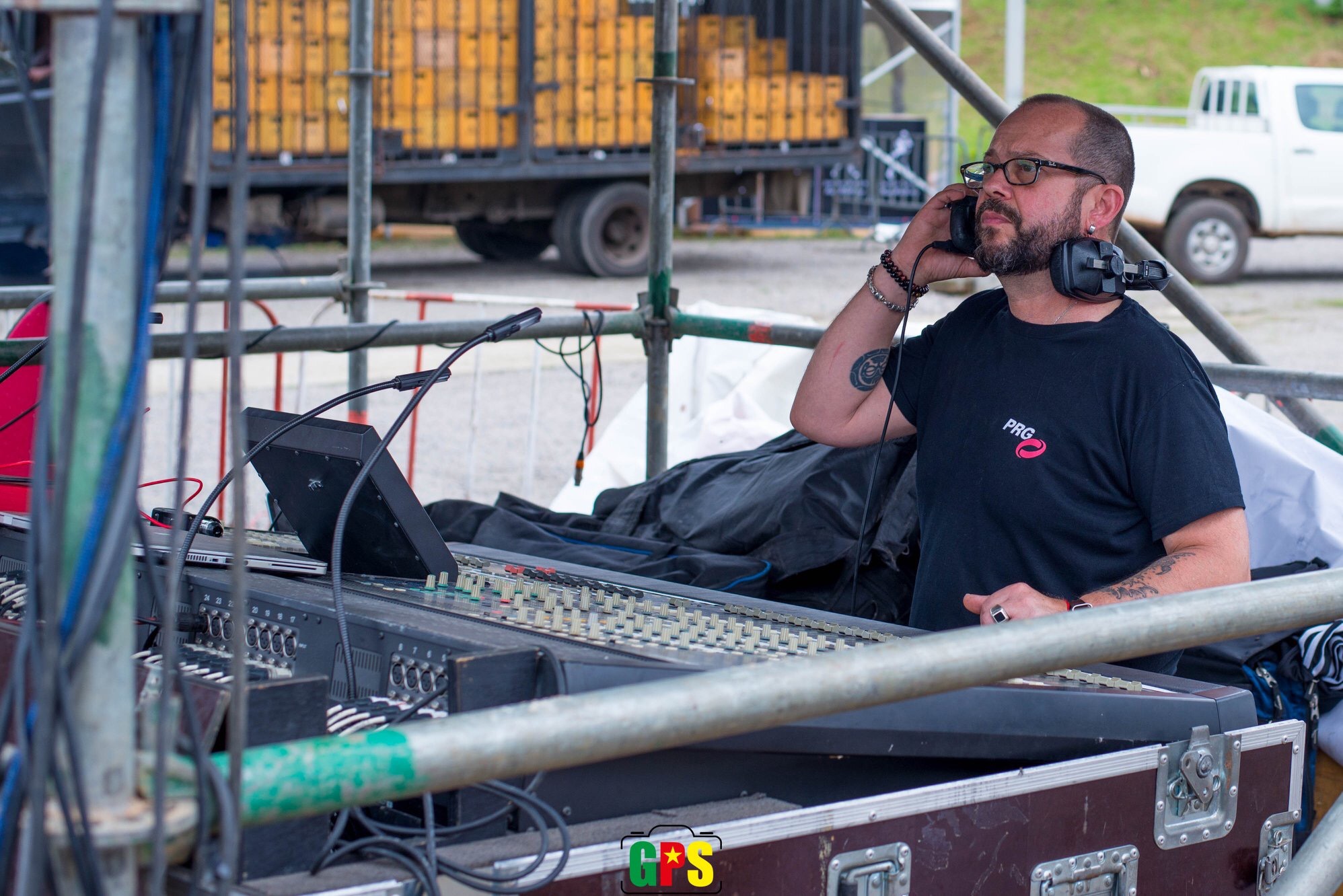 Well, we are looking forward to an extraterrestrial show later today the 20th of April 2019 at PAPOSY. Come support all Cameroonian artistes and Tekno as well. Let music unite and not divide. Remember, we’re all brothers and sisters of Africa.

All in all, all 5 performers are very talented artistes and all they need is maximum support while performing on stage. Give them the love and support them during their various performances. Till then, see you on Sunday for another review of Yaounde’s performance.

This is a review based on our own observations, were you on the concert ground? Do you have a different story ? Tell us what you think about the performances in Douala! Hope to see you present in Yaounde!