Cameroonian singer AMBE with series of hit songs in his music bank releases what he has been referring to as the album that will seal off his career. Titling this one “TAKE OFF” an 11 tracks album, the singer who has been in the game for 15 years took to his social media to declare that this will be the last time he holds the mic as an artiste. Ambe released his album on Wednesday 25th September in the midst of some of Cameroon’s biggest entertainners. 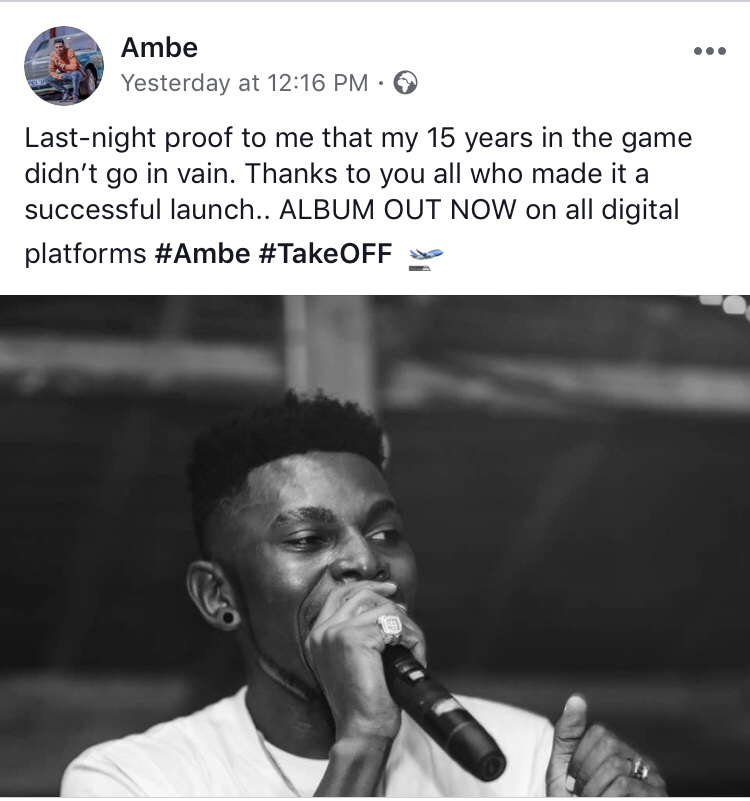 The album launch and listening party was a success and the album is now available on all digital platforms for consumption.

It may be sad to see AMBE give up the mic but leaving out a wonderful project such as “TAKE OFF” album and making us dance to a good number of hits is something to applaud.Notwithstanding, we have our fingers crossed as this might just be a prank or stunt!