“Ho! Ho! Ho!” in my Santa Clause laughing mood. Bamenda based Cameroonian rapper Tilla Tafari alias Godmother woke up this morning with so much on her mind. She just took to her Facebook page earlier this morning to reply to ASKIA’S post of yesterday. If you have been browsing in free mode, here’s a recap of what has been happening. Catch up and join the train! 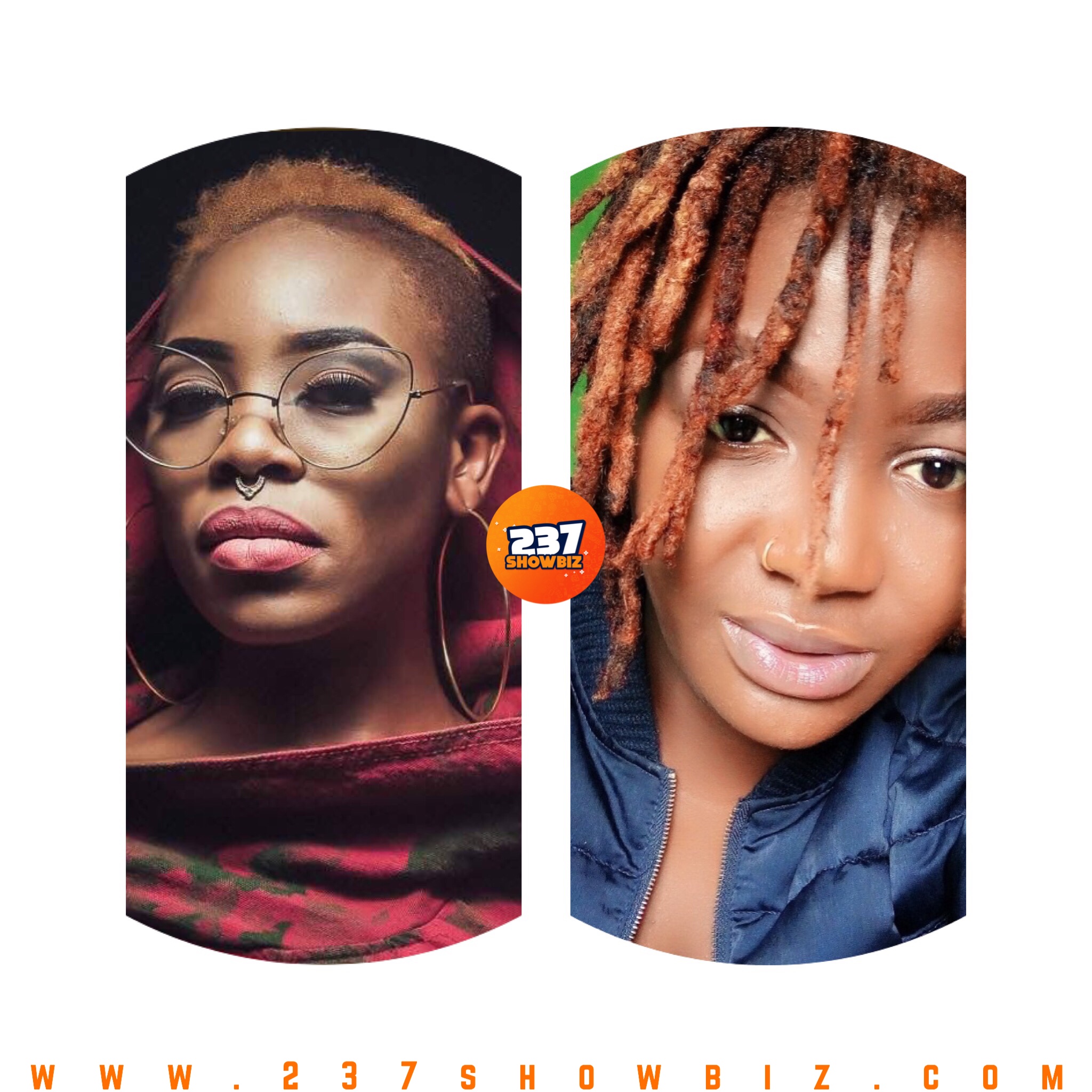 So yesterday, ASKIA in a bid to explain to the numerous requests by some fans to invite God Mother Tilla to her BAG Series took to her social media to address the issue, here’s what she said below! 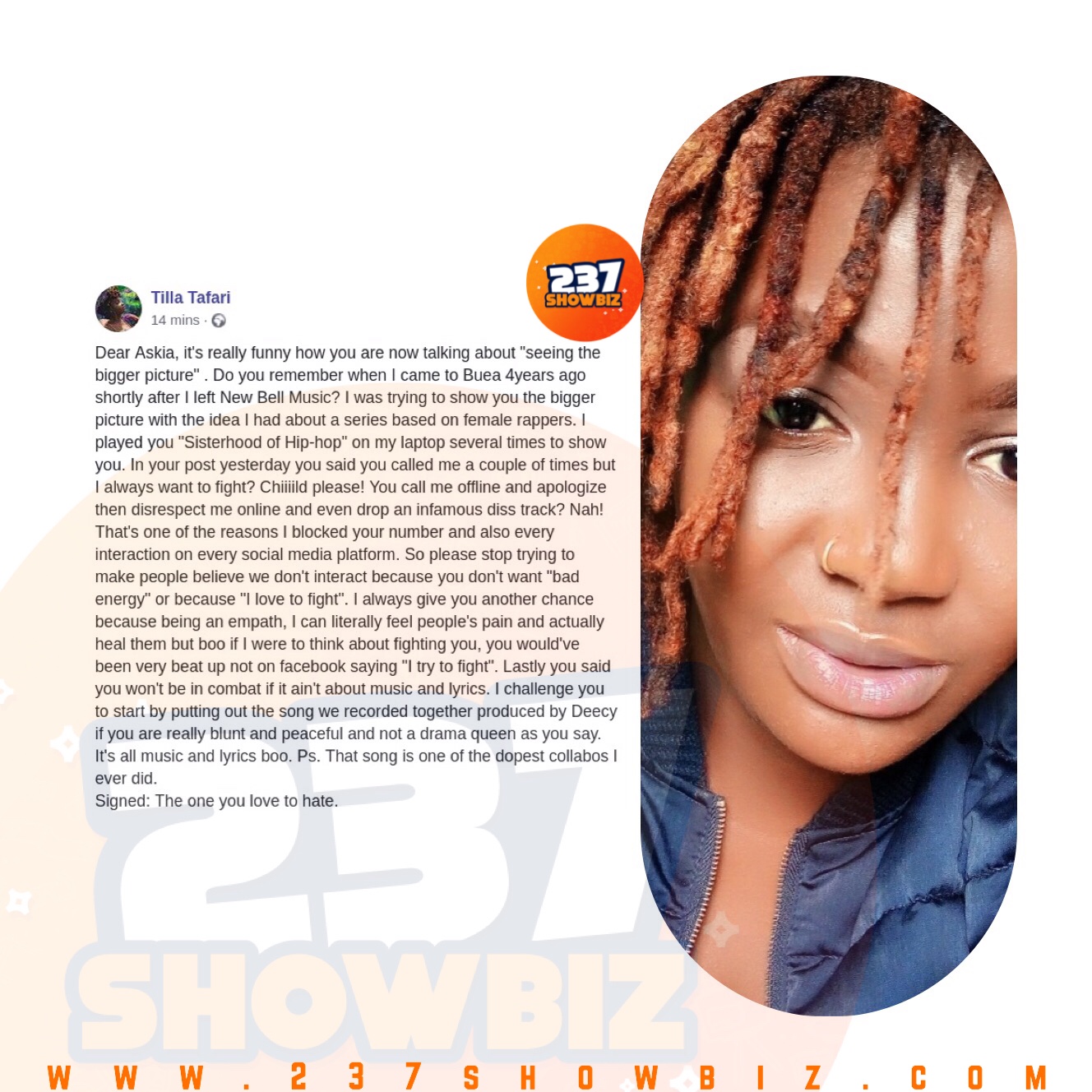 Tilla feeling like she has been played after noticing she first brought ip what looks like an idea ASKIA is now using has responded to ASKIA’S post. The BAG Series is some sort of Cypher whereby ASKIA has been grouping female rappers to drop a verse or two and she puts it online every week. Tilla’s post below shows she proposed to ASKIA the same idea a long time ago as she blasts “Mami Bakala” calling her a child.

Read what she read below! 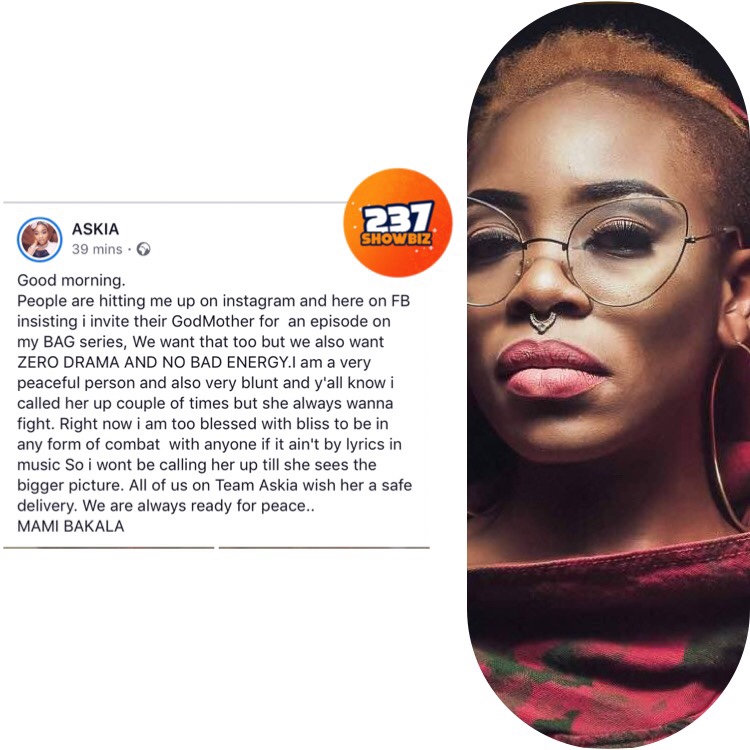 All in all, the BAG series seems to be something that will bring peace on the side of the weaker sex of Cameroonian rappers. However, Tilla fans want ASKIA to invite Godmother into the camp! Whatvare your thoughts about this ?