American actor, producer, director and activist Forest Steven Whitaker was honored by the CAMIFF board of trustees with an excellence award during the 5th edition of the Cameroon International Film Festival. Forest Whitaker adds the prestigious CAMIFF excellence award to his collection of An Academy Award, Golden Globe Award, A British Academy Film Award and Screen Actor Guild Awards. 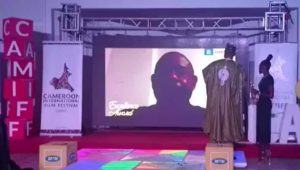 The founder of the Whitaker Peace & Development Initiative (WPDI) was invited by UNESCO to close the 5th edition of CAMIFF. He was then awarded for his outstanding contribution to bringing “authentic and futuristic African narratives to the global stage” through his films. With CAMIFF getting endorsed by some of the greatest actors in the game. It is obvious that our messages, films and culture is being recognized not just in Africa but the world at large.

Watch video of his acceptance speech: