Roman Reigns ‘s manager Paul Heyman has made his believe known as he no doubt that WWE Undisputed Champion Roman Reigns could achieve another prominent feet in the sporting world if he joins UFC  by defeating the current UFC Champion Francis N’Gannou . This believe has made Paul Heyman to say the following: 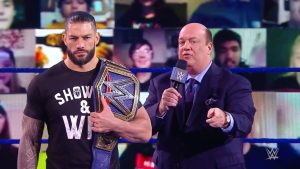 Paul Heyman revealed as he spoke to the Philadelphia Inquiry 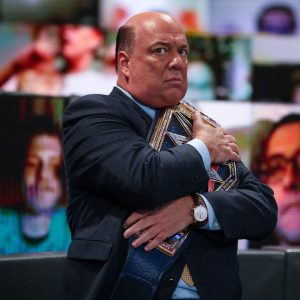 Roman Reigns is currently WWE’s Undisputed World Heavyweight Champion and has held this title since August 2020 ( 661 Days) . He is also the longest reigning Universal Champion & the 5th Longest Reigning WWE Champion of all time .

It should be noted that many Wrestlers are physically able to Fight with UFC Athletes as Wrestlers like Brock Lesnar ,Bobby Lashley & Alberto Del Rio have had a successful taste of the Octagon 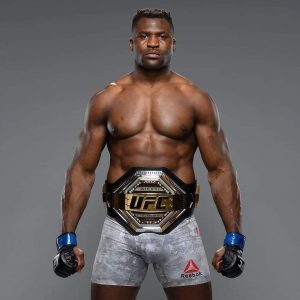 Francis N’Gannou on the other hand became UFC Champion on the 21st of March 2021 by Knocking out Stipe Miocic. He has a record of 17 wins, with 12 coming by Knockout, 4 by submission and 1 by decision. He has also recorded 3 losses with all coming by decision.

What are your thoughts about these statements by Paul Heyman?
Can Roman Reigns beat Francis N’Gannou ?