Is Rigobert Song the right man to take The Indomitable Lions Forward ?

The Recent Appointment of Cameroon Football Legend Rigobert Song came like a thief in the night .No one expected such a major decision about Cameroon Football to be taken just 2 weeks to the very important World Cup Qualifiers play off matches against Algeria 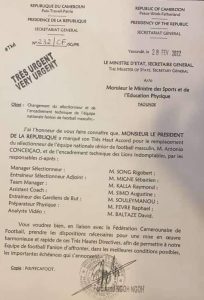 Rigobert Song’s Appointment by The Ministry of Sports

The most capped Cameroon player of all time will have a huge task on his hands aside from beating Algeria , He will also have to do the following :

– Qualify Cameroon for CAN 2023 and do better than Conceiçao in this CAN in Ivory Coast.

– Promote and integration of young Cameroonian talent into the National Team 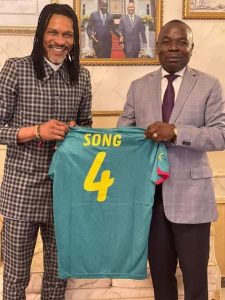 While these objectives are attainable (on paper ), We have to take a look at his experience and qualification for this job .While Captain Rigobert has been a fantastic servant for Cameroon as a player , He hasn’t impressed as a manager.He Became Manager of Cameroon A Team in 2016 and was eliminated in the first round of the CHAN 2018 Championship in which he didn’t win a single game 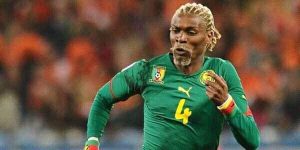 Rigobert Song as a player

He also became the Manager of the Cameroon under 23 Team in which he led the team to the U23 AFCON . He was easily eliminated in this Competition in the first round after losing 2 games and drawing 1 in 3 matches.Rigobert Song gets the Job as Head Coach after numerous calls for FECAFOOT to hire a homegrown coach .

Rigobert Song as the Coach of Cameroon’s U23 Team

This comes after Senegal’s Aliou Cissé won the AFCON 2021 trophy after 7 years of struggle by the Senegalese Coach but the million dollar question is Can Cameroon be Patient with Rigobert Song the way Senegal was Patient with Aliou Cissé ?

Is Rigobert Song the right man for the job after adding all the X & Y’s ? Was it a mistake to Fire Antonio Conceiçao who had a great record for Cameroon ?

Only Time will tell
But for the main time , feel free to share your thoughts below