If you have been current on Cameroon Entertainment news which we are sure most of our readers are, you should have come across the paternity controversy involving Pit Baccardi and Locko over Empire front lady Mimie’s pregnancy . Well, either ways I will still school those who for one reason or the other are not current on the gist. I actually do not like hearsay but rumours mostly perpetrated by Francophone bloggers and fans have it that Mimie is presently confused over who her baby daddy is.
The rumours insinuate that she was actively involved sexually with both men who are key players in Cameroonian Urban Music and that is the reason why the paternity if her yet to be born kid is uncertain. Well, we will leave Mimie to provide answers as to who is going to be called “daddy” soon. Magasco whom we know is a good friend and collaborator to Pit Baccardi and is arguably Empire’s greatest asset, he is also a close colleague to Mimie as they are signed to the same label and together with Locko have been working on the Power project seems to be enjoying this controversy a great deal. Few days ago on Instagram, we took the freedom to call out Mimie  and ask who among the two gentlemen is the author of the pregnancy and he did so in a rather humorous way. All three artistes had different reactions but none admitted or denied anything, everyone was just seeming to have a good laugh over the matter. So we are now left to wonder, was Magasco’s post just what it seemed like, a good moment of fun(he is known to be a hilarious guy) or is it a ruse to wade off concern about the paternity of the kid, thus removing pressure from Mimie’s back? 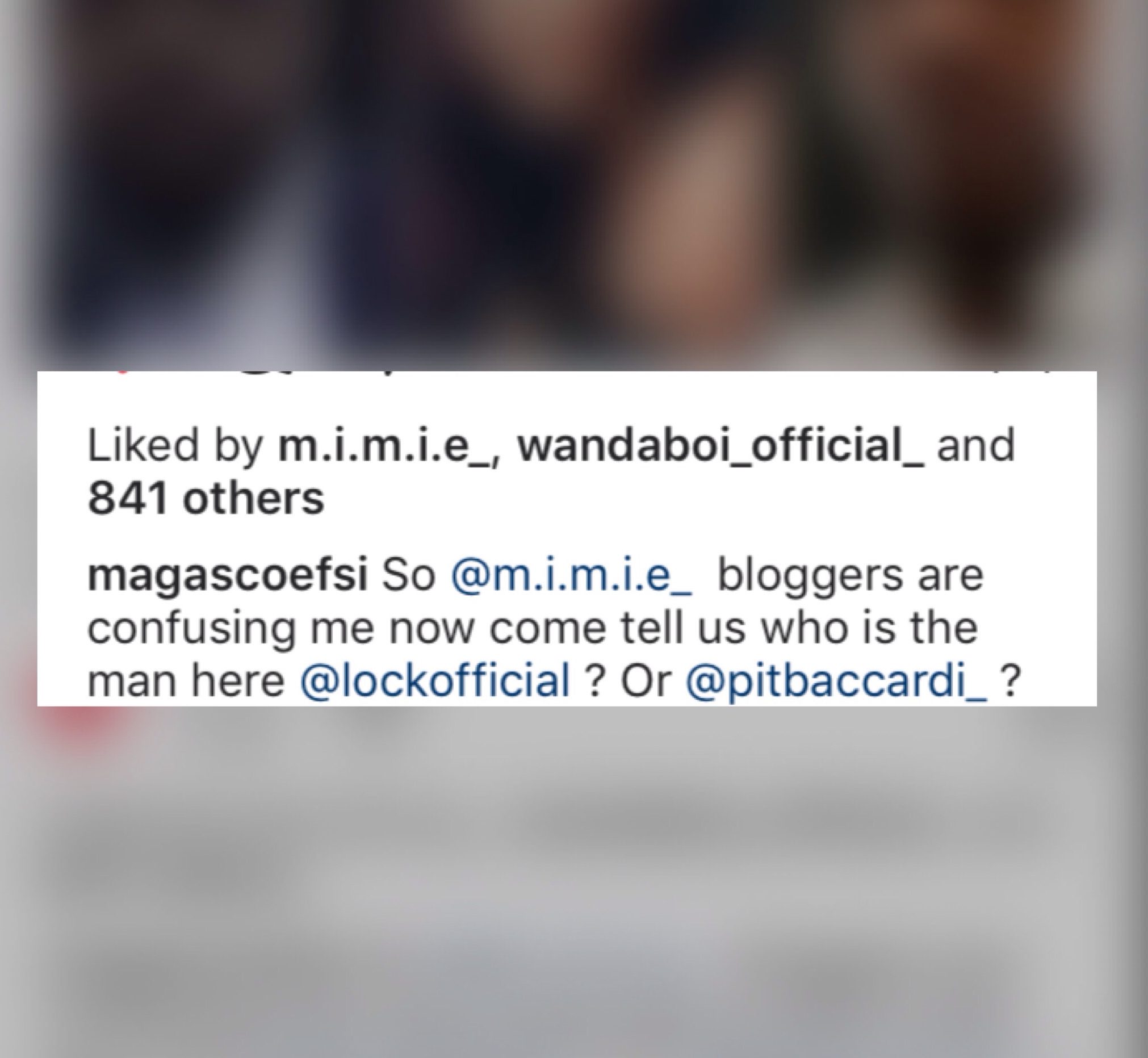