According to winesses, the incident was as a result of the driver carrying little Caro, her mother and siblings to school when they encountered a police check point around the Bokova neighborhood.

Sources say after checking the vehicle, the driver refused to pay a 500F bribe to the gendarme officer and drove off. In a bid to immobilize the vehicle, the happy trigger gendarme fired shots at the car and the bullet shattered the skull of Caro Louise splashing her brains on the ground.

The incident pulled an angry mob which pounced on the officer stoning him to death.

We leave you with some images of the incident. Viewers Description is advised. 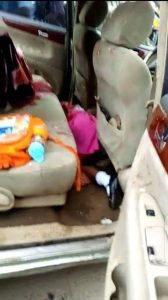 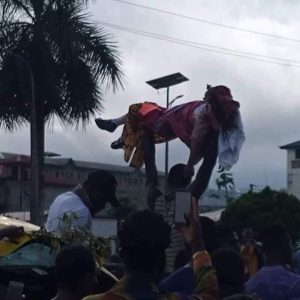