New Bell Music Rapper Tata releases his 3rd official EP with New Bell Music titled “Trap Tap Flow” .
“Trap Tap Flow” is a 5 track body of work which is meant to show Tata’s Mastery of trap music and a scarce musical transcendence into a Boss of his own as he literally graduates from an artist in New Bell Music to the Head Honcho of Lunga Sounds with this project.
The excitement,hype and expectations for this project were as high as a Turkish airlines plane on its way to Douala Airport.
“MBOKO NO GO DIE, E GO ONLY MULTIPLY”
This slang best describes the euphoria and support this project had from New Bell Music fans to Tata as an indirect form of appreciation for his loyalty to New Bell Music over the years .
However , we are going to review every song on this EP in the coming lines to see if it was worth the hype : 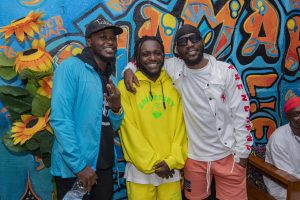 TRACK 1 – Call:
The first track on this project is titled “Call” and is a slow tempo trap tune with a very cool vibe in which Tata is telling someone to call who he knows . “Call” here can be a connection or a relationship towards a very influential or authoritative authority with extreme power .Tata in this track is telling someone to call who he wants as he isn’t scared of what his call can do to him .This actually coincides and related to the life of the average Cameroonian as anyone can make a call when in trouble . A call is like a joker card to a police man, a thug or a Government official depending on the circumstance the caller finds himself .Tata makes it clear that he too can make a call more powerful than ours and so isn’t moved by the call which is being made at the moment .
Musically speaking, it’s a laid back tune which shows Tata’s Bravery and Gangster-ism as he raps on this song in a very easy and catchy way .
A descent track to start the EP with 6/10
TRACK 2 – How Manage
How manage is another catchy trap tune which shows Tata’s love for trap beats . He raps on this one about the way he wonders how somethings happen .
“How Belle Enta Way Condom No Boss ?”
Tata wonders .
This  2 minute track actually has more replay value and is more entertaining .
His Flow here is very impressive and though he raps more actively in this tune , it’s more of the Instrumental and the vibe which impresses here .
A  Great Tune in our opinion . 8/10
TRACK 3 – KNIFE
Knife is another tune in which Tata metaphorically talks about the danger’s of living in our community as everyone takes protective measures by possessing a knife with them wherever they go .
It’s a similar vibe to “How Manage” and a fast tempo trap tune which the average Hip-Hop listener will fall in love with .
Tata easily impresses with this tune 7.5/10 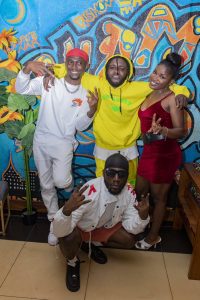 TRACK 4 – MOVE ME
The Original Contri-boy  Tata on this tune is saying that nothing really impresses him these days  as he has seen nearly everything there is to see in Life .
There’s very little that anyone can do or tell him at this level .
“MOVE ME” is another trap tune which could be like a speed-brake in the EP.
Though it’s a decent tune,it slows the tempo of the project.However it’s still worth checking out 6.5/10
TRACK 5 – FWYH
FWYH is the final track of the EP . It means “Fvck what you heard” and in this track, Tata goes hard and touches numerous issues about his life and the Industry he is in .
You get to see a motivated Tata as he portrays his perspective about numerous things like Loyalty, Love, Survival and his newly founded label Lunga Sounds .
Musically speaking, it’s  a song you will want to listen to to get everything the rapper is saying . His punchlines and lyrical ability highly evolve on this song and in our opinion , this is the best song on the EP . 8.5/10 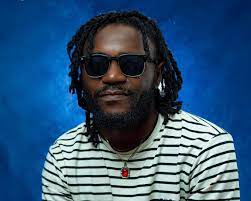 Overall Conclusion
This EP is out to prove that Tata is evolving artistically and shows his mastery of Trap beats . Tata is out to make sure people not only recognize him as a rapper , but also a trapper .
“Trap Tap Flow” is also used as an instrument to announce his new label “Lunga Sounds” .
The production of this EP is heavy.and it’s clear Tata wants the listener to have a good time with him . Tata wants to have fun more than his desire to pass a message and which sometimes as an artist is not a bad thing .
Musically ,Many tracks on this EP have a lot of replay value . A song like “How Manage” or “Knife” can easily be a street anthem while “FWYH” stamps Tata’s authority as an MC/rapper So in Conclusion,  This EP can be reviewed as follows
Production : 8/10
Lyrical Content : 7/10
Penmanship : 7/10
Execution : 8/10
Enjoy-ability : 7/10
*Total = 7.4/10* = *Worth Checking Out*
Ratings: /10
–
By Pharell|2022-09-12T11:06:28+00:00September 12, 2022|Articles|0 Comments