UFC Heavyweight Champion Of The World, Francis Ngannou Puts His Belt At Risk!

UFC Heavyweight Champion Of The World, Francis Ngannou Puts His Belt At Risk!

UFC Champion Francis N’Gannou will put his World Heavyweight Championship title back on the line against French Heavyweight Fighter Ciryl Gane MMA on the 22nd of January 2022. Francis who started from the bottom has shown the world his strength giving everbody reasons to believe in him. 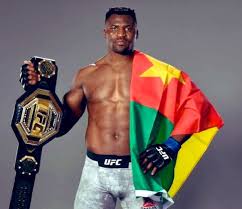 This fight is going to be Francis N’Gannou’s 1st Title defense after winning it 7 months ago. Since he was pronounced champion, alot of fighters have been coming for him. Is there need to be afraid?

On the scale of 1 to 10, what are Francis N’Gannou’s chances of retaining his title ?