« Nigerian Men Love Our Women Therefore They Should Love Our Cameroonian Songs And Play Them” MC Charlene Agrees!

Norwegian based international and Cameroonian MC/Host MC Charlene was the special guest at Afro Ethnics on Apex1 Radio on Saturday 6th April 2019. The Energy Goddess as she’s fondly called almost turned the interview into a show as she answered every question and spoke with so much confidence like she was on stage. We followed her LIVE interview and bring to you a recap of how it went down. Below are few of the many questions asked and how she responded.

To begin with, MC Charlene spoke about why she is often referred to as the Energy Goddess. This appellation came as a result of her energy on stage and how she turns everyone up when she grabs the mic and hits the stage.

For someone whom music has always been a part of her life, Charlene also spoke about how she got into entertainment when she started dancing at the age of 11 and has always been that girl who always love cheering people up.

Also, Charlene was asked where she did her first show as an MC/Host. This took place in Oslo in Norway. At the time, she wasn’t even doing it professionally, her friend who runs a fashion show called her up because she knew about how crazy she can be coupled with the energy she possessed. 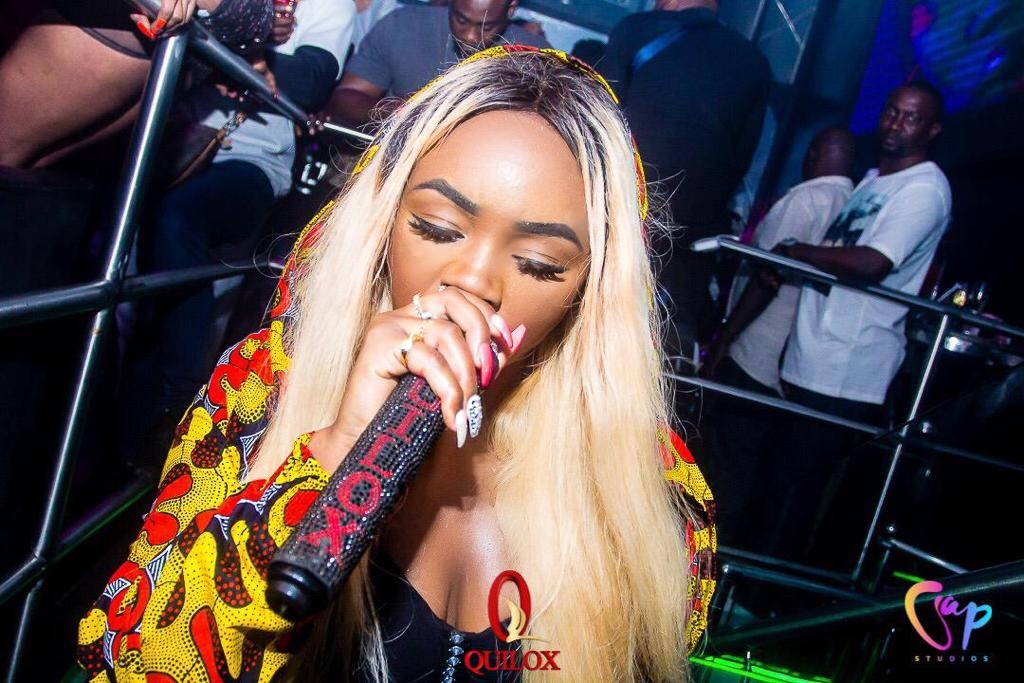 Charlene also answered the question of how she tackles a sector of the entertainment industry which is highly dominated by male counterparts. She said at the first glance, people are skeptical about her capabilities and see her doing what is known to be a man’s job. As an energy goddess, she has always taken everyone by surprise because they hardly believe in her until they hear her hype up events with the mic.

The 26 year old qualified chef also spoke about sexual harassments in the entertainment industry and says learning how to stand her ground has always been her mindset and this has driven away all opportunist who want to mess with her because she’s a woman. She added that God has written down the destiny of everyone, and if only we stay focus and work harder, we shall succeed. Therefore, if you are destined to be an actress, MC/Host, singer or model, you just need to work hard and stand your grounds, you wouldn’t need someone else to mess with you just so they take you to the next level of your career.

The Energy Goddess also took the opportunity to talk about her upcoming Party Tour USA – Canada in which she promises to bring in something new and different from the usual. Whereby she will be touring the USA and Canada with herself, an MC/Host a DJ and a Dancer. With this triple threat, consider every event booked with Team Charlene a blast!

Lastly, Charlene spoke about what she witnessed while on tour in Nigeria in 2018. She hosted the Fabulous Party at Club Quilox in Lagos and had the opportunity to stop by at a few radio stations and TVs. while on air during one particular interview, she noticed that the DJ had touched almost all countries in West Africa but didn’t spice up her interview with the taste of some of the biggest Cameroonian hit songs, in this light, she ordered the DJ to play some Cameroonian hits.

Stanley Enow and Mr Leo were some of the artistes played. The interviewer of Afro Ethnics at Apex1 Radio felt a little disappointed that Cameroonian songs weren’t played that much and Nigeria as a whole and that these artistes need to contact promoters and DJs to promote their songs in Nigeria.