Many of you guys are into MyTV Africa series, Telenovelas, Zee Magic etc, This is nothing different from the « Beef Series » which has been going on lately on social media and fans following the whole show. The only difference between this Beef Series and the Telenovela series is that the former is produced, directed and brought to our screens by just one actor, Jovi LeMonstre. New Bell Music co-owner, rapper and producer. We wouldn’t get into so much that’s been going on lately rather we shall just pull your attention to something many of you missed!

Two days ago, New Bell Music uploaded posted the cover art and link of Jovi’s new project titled YAJÉ VOL 2 – Sun Yellow on their official Facebook page. The link of to purchase and download the project was also included. Many swift Jovi fans had already gotten to the link but immediately the label noticed they had made an error, they quickly deleted it. Fortunately, www.237showbiz.com was there and we successfully got the art work of the project! From all indications, New Bell Music seemed to have wanted to do a repost of the previous EP titled YAJÉ VOL 1 – BLACK judging from the screenshot below but they posting something else. 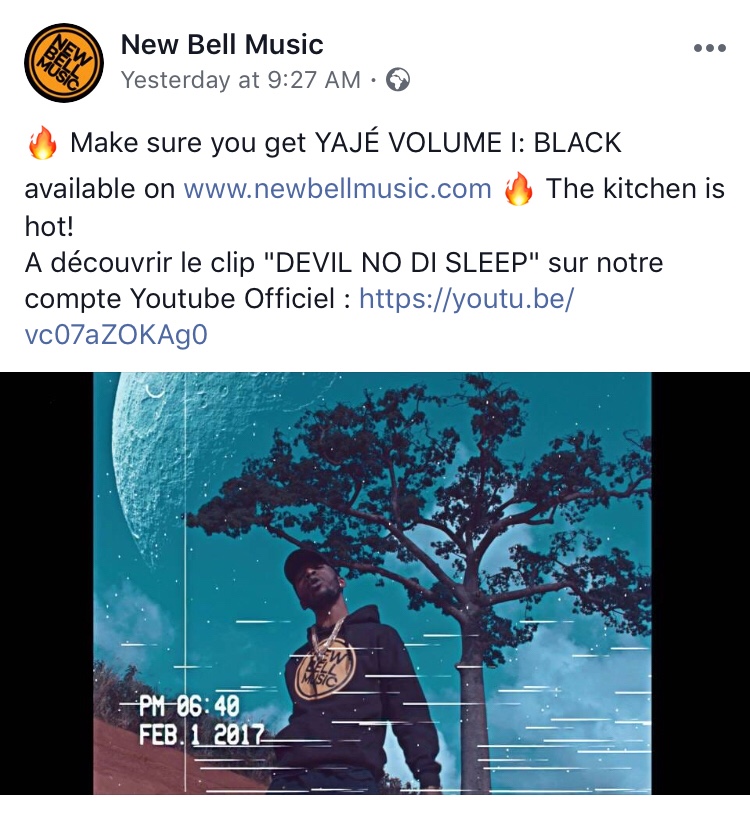 Below is the cover art of the project YAJÉ Vol 2: Sun Yellow. 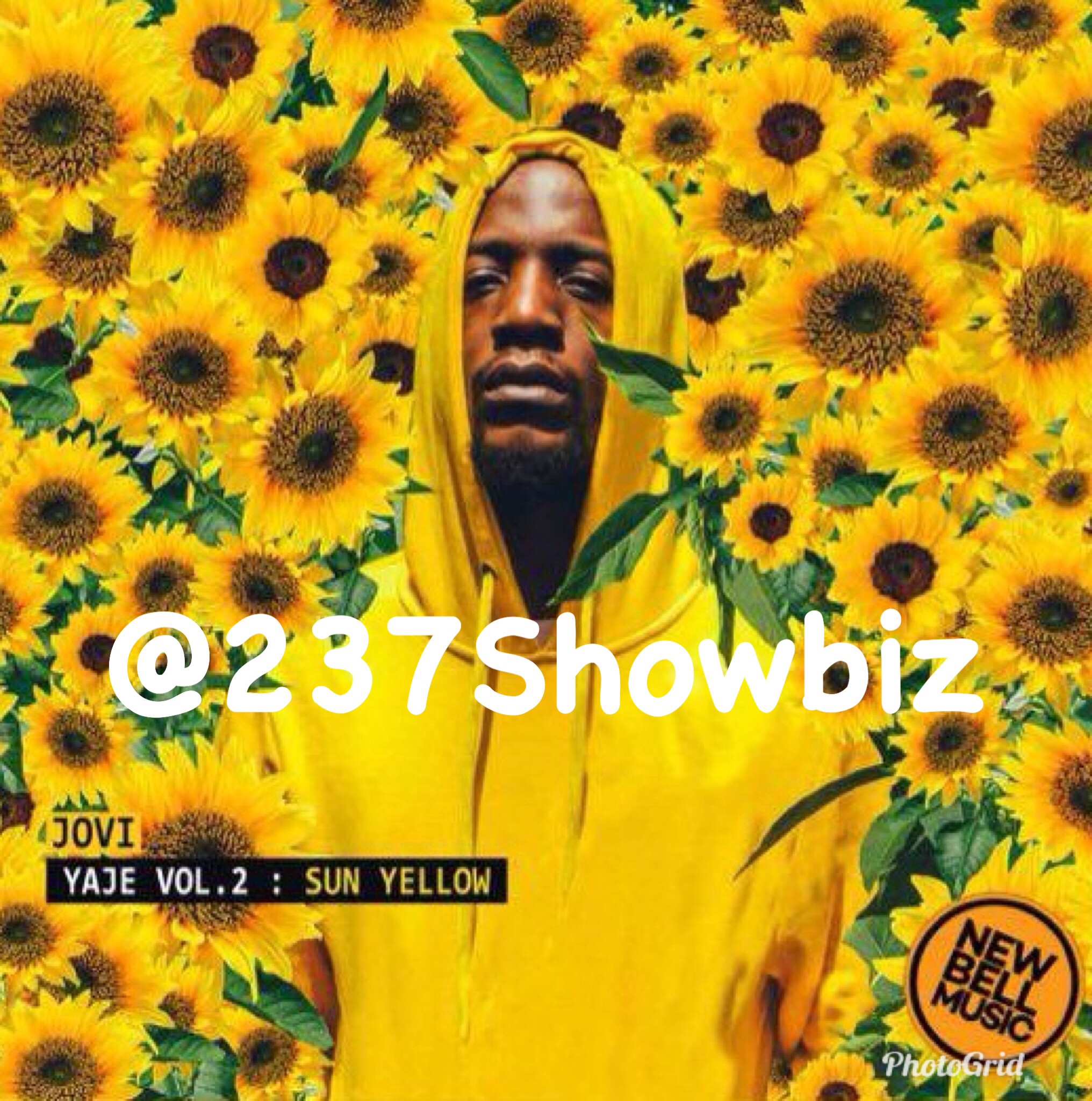 All in all, it’s obvious whenever Jovi rants on twitter about certain issues, he’s on the move to drop something strong. We all have been saying his tweets lately towards Stanley Enow and his brother Martin Enow as well as towards Blu Nation’s Tzy Panchak. We are not certain if the publishing of the project by New Bell Music online was an error or a stunt. All we shall do is anticipate. Stay tuned to www.237showbiz.com don’t forget to follow us on Instagram and on twitter @237showbiz to get all first hand updates, music downloads and both interesting and educative articles. Before I go, let me give you guys a piece of what I think about the project.

Yajé Vol 1 – Black is termed a dark project, the artwork has a dark theme color, from the songs Devil No Di Sleep, To 20BA, all the dressing for the video was done in black. 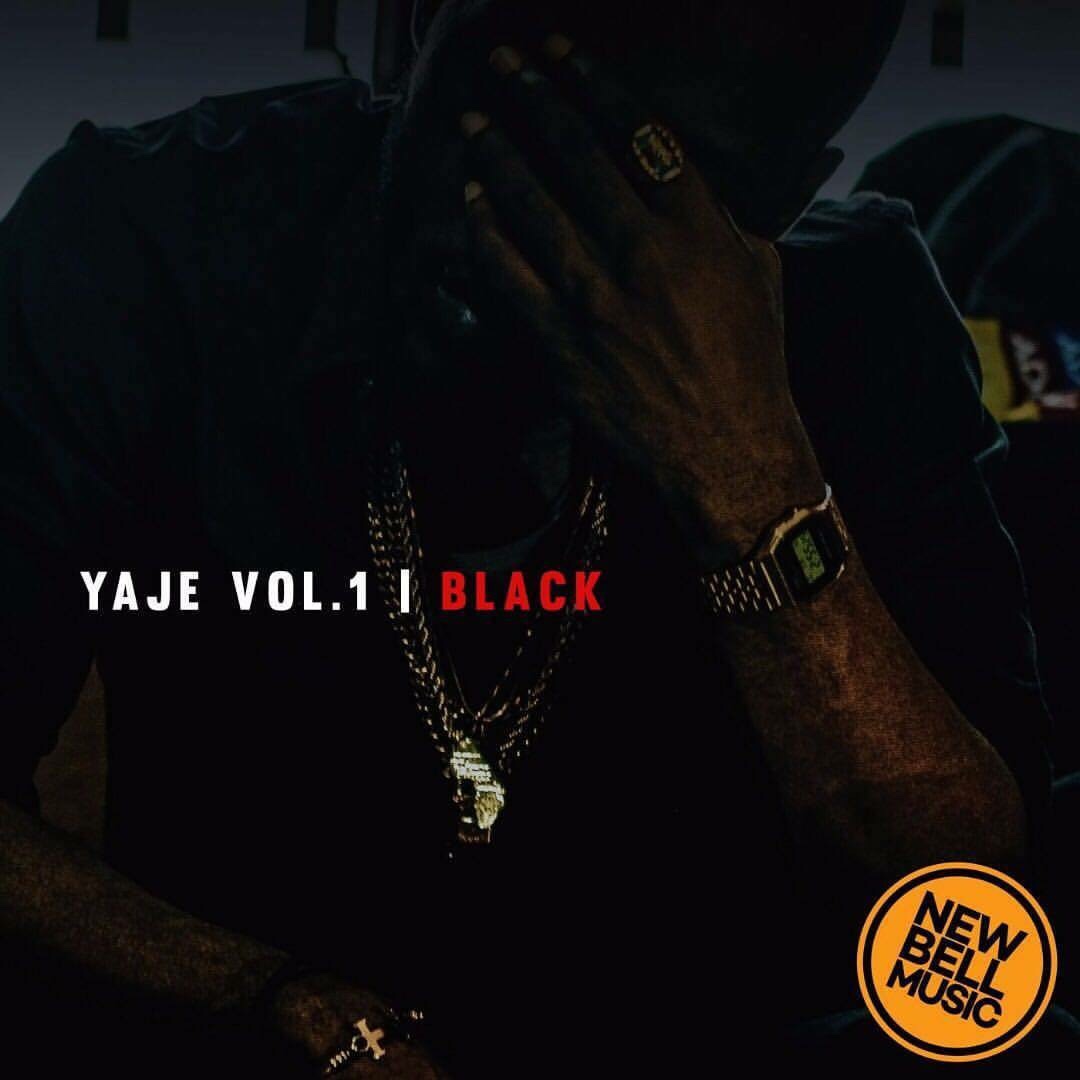 The cover arts of both songs and the EP was also designed using the dark theme, I personally can’t tell if that was a struggling or difficult time the artiste was going through but coming with a whole new change in this second project and naming it after his daughter and terming it a Sun Yellow, YAJÉ Vol 2 – Sun Yellow signifies a brighter period for Jovi while titling it Sun Yellow and designing it with the sun flowers.

As someone who is very unpredictable, Jovi might or might as well change his mind and still not release the said project but rather drop something else. All the same we shall be here to update you guys whatever be the case.

What do you guys think about the article? Interesting right? If you want to get more gist, click here to read my review of Jovi’s previous album « 16 Wives » and the Track “Mad Love Hospital Bills” being the main song review. It has all you need to know!