Cameroonian born star Joel Embiid has officially obtained a french passport to represent france as a basketball player instead of his country of origin Cameroon.

This hasn’t sat well with numerous fans who expected JOEL Embiid to play for Cameroon given that he was born in Yaoundé & discovered at a basketball camp in Yaoundé which was hosted by Mbah a Moute before leaving for the US were he was mentored into the player he is today. 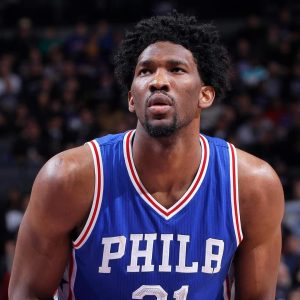 Joel Embiid in the NBA

It should be noted that the EuroBasket 2022 starts on the 1st of September and as such , Joel Embiid is making all necessary procedures in order to compete in this prestigious competition as a French Basketballer.

What was expected of Embiid by Cameroonian fans was that he will not only defend the colors of Cameroon as a Basketballer, but will also promote the sport by creating Basketball camps in Cameroon just like his mentor Mbah A Mounte .

But Given Joel Embiid ‘s recent acts, It could be said that he is further away from Cameroon and closer to France at the moment