Stevens Music announces two new singles from their artists Shura. Are you ready?

Shura’s Music has always been about bringing in more soul and more traditional vocals, accompanied by music crafted to suit her voice. With these new singles, Shura brings out the fun side of her music in two very different genres of songs.

This track is the rightful follow up to her breakout single “Allez Dire”. In her hit single, Shura encourages gossip mongers to go ahead and tell stories of her man all they want. With “Tranquille”, she lets them know all the talking does not bother her. Talking makes her stronger as a person as she sings on the track saying; “Il y’a les on dit agogo, dem di do na ma promo, je suis tranquille…” 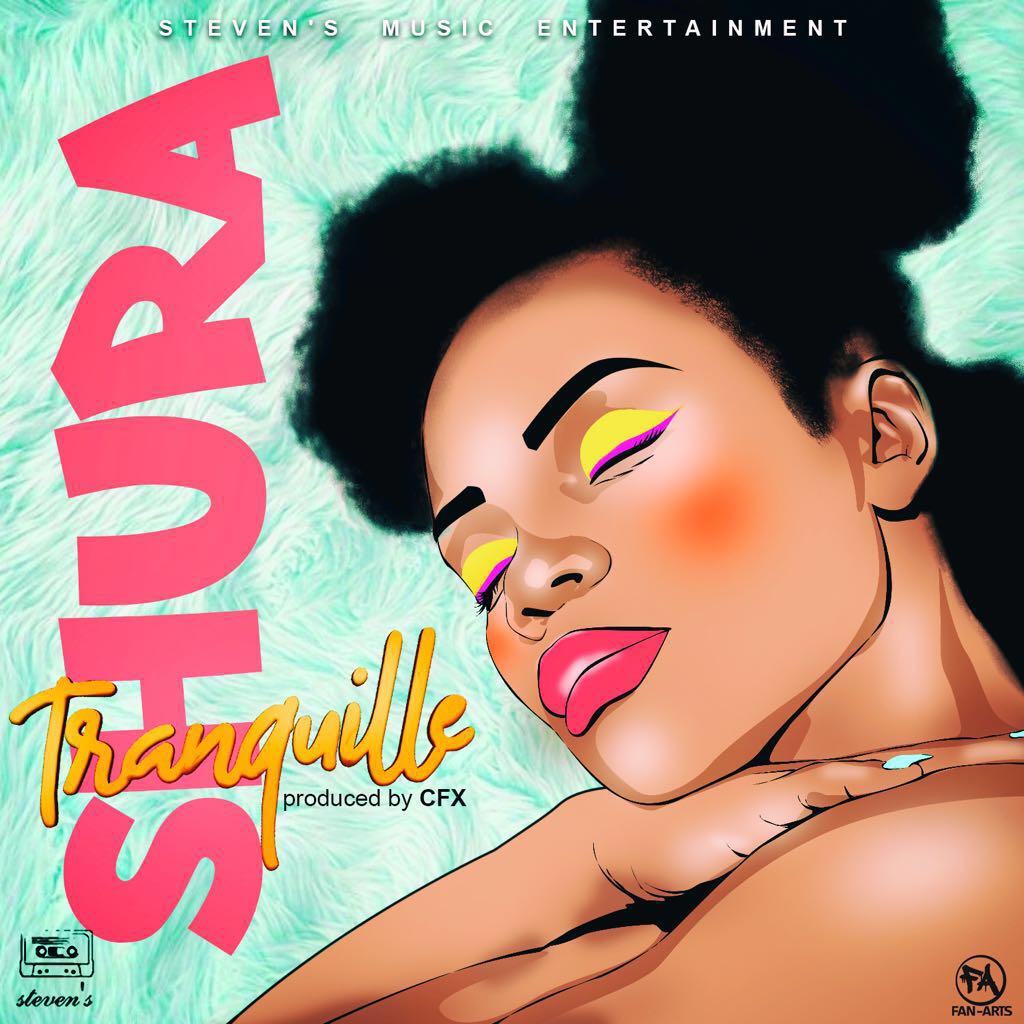 Produced by CFX who was also the architect of her hit single “Allez Dire”, “Tranquille” maintains a lot of the CFX sounds we’ve all come to love especially his expert use of the base guitar as a solo instrument. We are excited about the partnership that Shura is building with CFX and are sure that you will love what they’ve offered with “Tranquille”

“Tranquille” is the proper follow up to “Allez Dire”. It is the kind of consistency she needs…” Albert K (SME Loop Critique)

Shura switches things up with “Dis-moi Tout”, an afro-zouk track that will definitely get you on your feet, body-to-body with a partner. Shura pulls out a vocal masterpiece on this track, telling a love story using the Ngemba language of the Akum people that will make you wish you spoke this dialect. The effortless blend of English, pidgin, Ngemba and French is in sync with her pitch perfect delivery. The interplay between the languages is great especially with her kicking off the track with “Dis-moi tout, oh bella sounah wou femne… tu es mon meiller ami, ma baby you bring light into my world…I go like for know that ting way you do for ma head wey di scatter ma body…”

“Dis-moi tout is a hit regardless…her voice is crisp and she goes between four languages seamlessly. Massa, give Shura One Kola.” Albert K (SME Loop Critique)

Produced by SeounddrumS, it’s his first collaboration with Shura and the magic they created will encourage many more songs from them. You have to listen to appreciate the details SeounddrumS brings out in the music to accompany Shura’s sultry voice.

“I am a little nervous with these releases. Nervously anticipating the reaction of the fans and their overall performance.  I like how the tracks complement each other. On the one hand, “Tranquille” is a statement of love void of any outside influence while “Dis-Moi Tout” nervously seeks for assurance.” Shura.

The two songs will be released on Wednesday September 19th. They will be accompanied by beautifully shot lyrics videos. The videos were both directed and conceptualized by Chuzih Dadido. You will love both of them.

For booking, interviews, or promo copies of “Tranquille ” or “Dit-Moi Tout”, please contact Noela Njie or Pearl Louma at info.stevensme@gmail.com or at info@stevensme.com