” If Real Madrid was Coached by Arsene Wenger, they could’ve never won any titles ” Wax Dey

On our Previous Post, We spoke about French Manager & Football Development expert Arsene Wenger as he said that if Kylian Mbappe was trained as a footballer in Cameroon instead of Europe,then he wouldn’t have been the star he is today.He used Cameroon as an example to talk about the poor development of players in Africa . 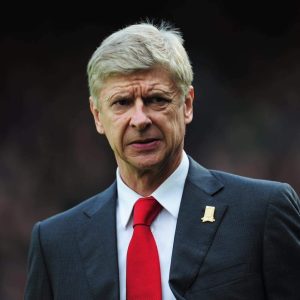 “If Wenger had Coached Real Madrid, Then they wouldn’t have won any titles .”

It should be noted that Arsene Wenger is Fifa’s Chief of Global football development and a former Football manager who coached Arsenal for 22 years & never won a Champions League Title .

Wax is a Cameroonian singer /songwriter

What do you make of these statements by Wax Dey ?