Cameroonian Rapper Jovi recently Clapped back at his Baby Mama Celine Fotso who is founder of Popular Cameroonian Magazine (Je-Wanda Magazine). In an interview on newly created online radio known as Mbindi Radio, the Media Lady was interviewed by founder of Media platform Bimstr Anicet Nemani, where they talked about her success as a Media person, how she build her presence Online and generally about the Cameroon music industry. The Media lady while responding to Questions claimed She Participated in the success of  “Stanley enow, Reniss, Jovi, Daphne, Tenor“. 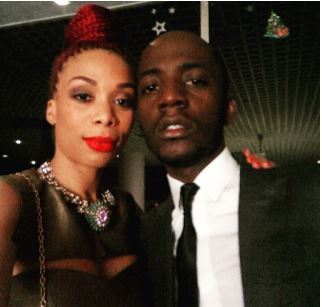 Few minutes later after Jovi  had been tagged with his name in the mentions of  Mbindi Radio on twitter,  he replied mentioning that his baby Mama  Celine Fotso didn’t take part in his Success, that he was already on Trace before he and Celine Fotso met & started dating. He continued further in his tweet saying, maybe she participated in the Success of the others she mentioned but for Reniss and Him it’s false. What do you have to make out of this ? leave a comment behind. 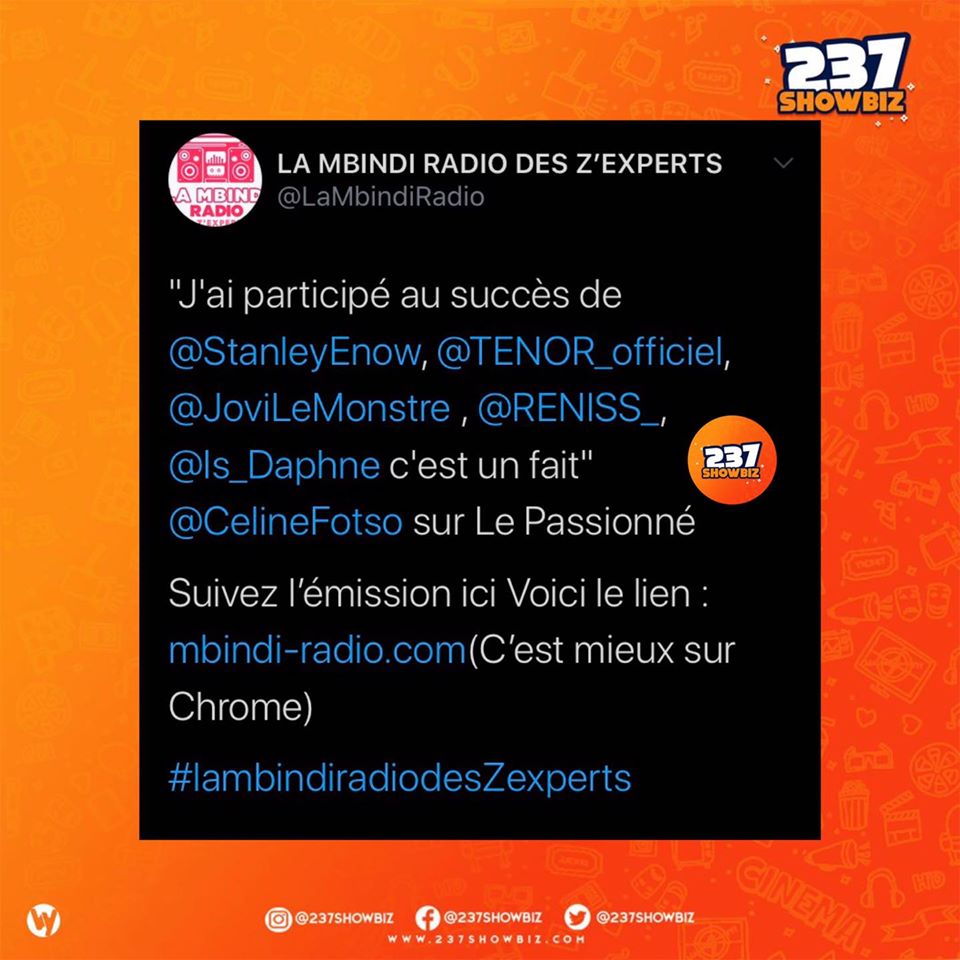 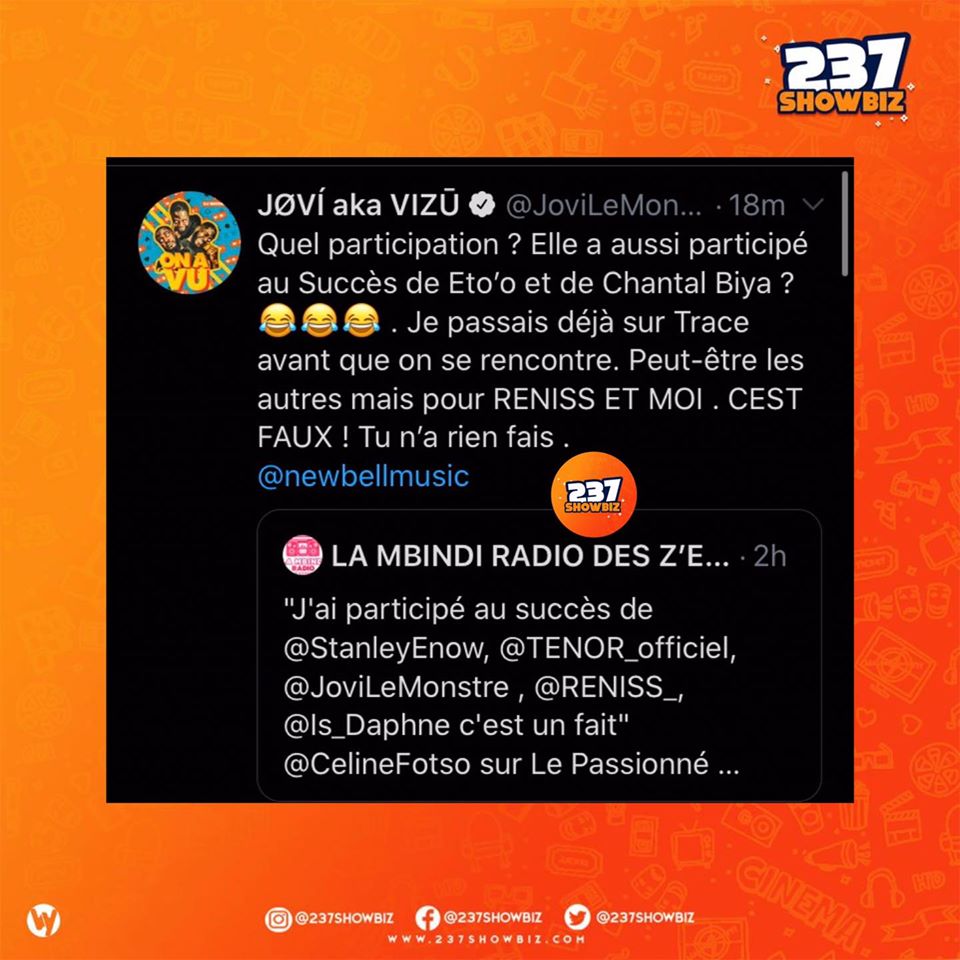 Listen to ON A VU BY JOVI FT DJ MATHEMATIC